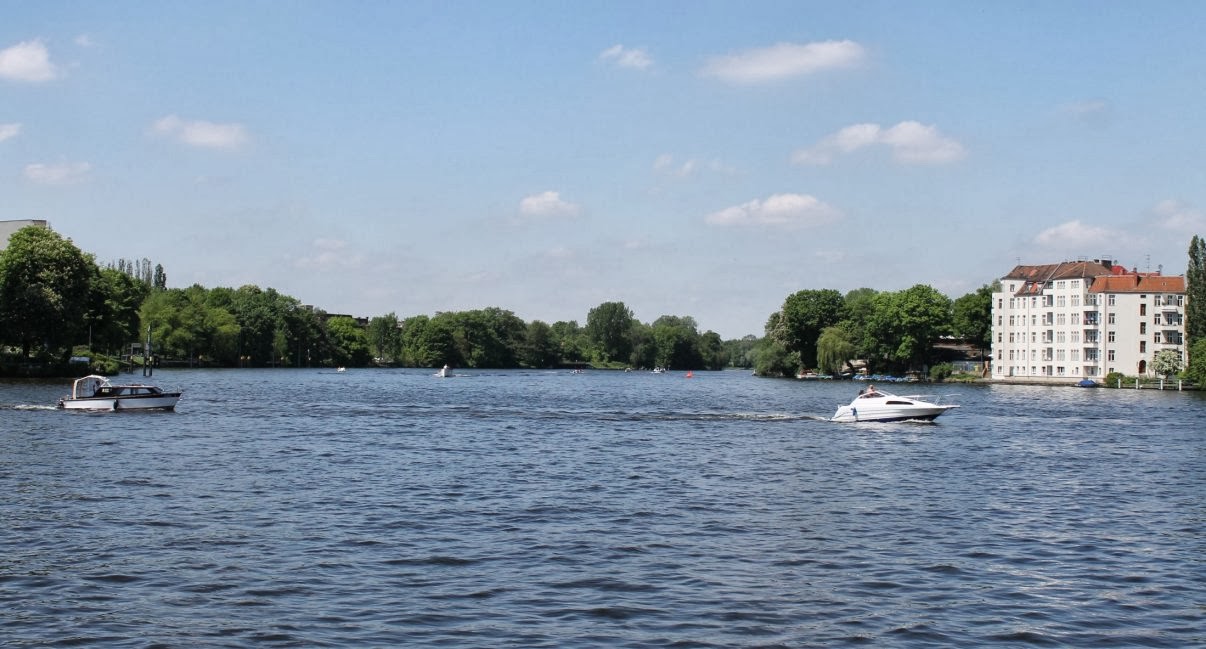 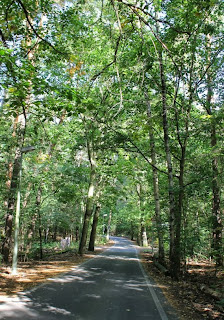 I went on an early autumn trip today. There is a lot of work on the transport system in my part of the city at the moment. It took me 75 minutes to get to my destination. Normally I can do it by tram in 30 minutes!

It will get worse before it gets better 🙁   I finally arrived and Oldie H. was waiting for me. We were lucky to catch the bus with one second to spare and off to the south side of Mugglesee. I have been there before and reported visits on my blog.

A short walk and we were there = lunch. It was full. We were lucky to get one of the last two tables. There was a special jazz band lunch session plus lots of birthday parties being celebrated. Even so, the service was good and quick and we had a view onto the channel connecting two water systems.

I ordered red cabbage cooked with apple and spices, served with venison gulasch in a thick gravy with Klöse which translates loosely as a potato dumpling. Mhhh….. delicious with a glass of red Bourdeaux!

After paying the bill we wandered out onto the jetty and took the ferry all of three minutes to the opposite bank. We arrived at the little village of Rahnsdorf. A nice walk through the village and gardens until  finally wandering into the centre.

Oldie H. told me to stop. I did so in front of a popular cafe. He needed ice-cream. I don’t eat it so settled for home made plum cake with whipped cream and a cup of coffee. A nice dessert after the earlier lunch.

With re-filled stomachs. we resumed the walk. After walking off a small amount of calories, we arrived at the S-Bahn station and the train to our respective homes. I hope you enjoyed your Sunday.