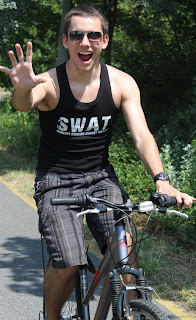 If you have never had a holiday in Hungary then you must add it to ‘My Must Do List’.  Sorry for the late posting about my holiday there in the first two weeks of July.

I have just returned from my first session putting election placards onto lamp posts for the SPD. I learnt a few new techniques and had a few laughs with other helpers. On returning home I noted that a storm was brewing so decided against dozing in the garden.

Instead I decided to finally post a few stories about my adventures in Ungarn as we Germans say 🙂 The locals call it Magyar. The population is about 10 million and it is a very attractive land locked country in what some call ‘Middle Europe’ and others say ‘East Europe’. It may depend on where you are standing at the time as to which one you use 🙂

I first went there in 1984 with Sally. I returned to England after a contract in north India. She decided we needed time to get to know each other again so we packed some bags and headed off in her Peugeot 305 estate car in the direction of Vienna for a 10 week tour. It was then that I discovered the joys and delights of Continental Europe.

We had a very memorable holiday at Lake Balaton and so started my love affair with the area, the country and its interesting people.  This time I flew to Budapest. Marcel and father Sandor were waiting for me at the airport. We stayed in his sister’s flat in north Budapest before driving to Lake Balaton next day.

We headed for Opa and Oma’s nice house on the north shore of the lake in a small resort called Badacsony. It was great to see them and the house again after so many years. I also noted the temperature was heading towards 30°C, but with low humidity so it was bearable. I stayed there a week and did many things.

One was to go on a bicycle ride with Marcel on my third day. Here are a few photos and I shall tell you more in the next post.