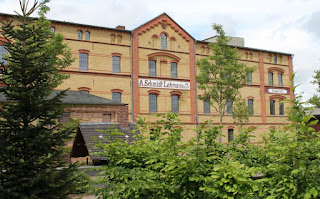 Last Tuesday morning I arrived at the AWO office in Lichtenberg to meet my oldie AG60+ gang. They are the over 60 members of my local SPD. Frau Kind is the ‘boss’ and she had arranged a day out. 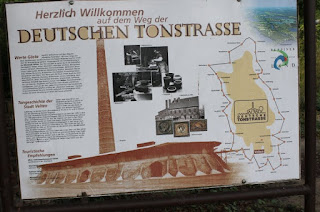 Sixteen of us gathered outside the office and piled into four cars. We headed into the city centre to find the motorway to take us into the west and then north of the city. It was interesting for me to listen to them talking in ‘Berlinisch’ about many things including their childhood.

I picked up two new words, ‘Goebbels Schnauze’. It was the unofficial title of the radio designed and sold at the start of the National Socialist dictatorship in 1933. A simple common  radio was later developed and sold in Britain a few years later. 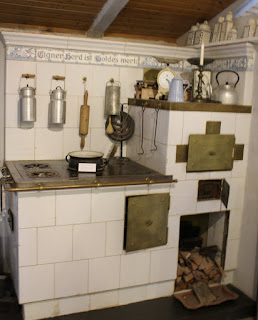 We duly arrived in Velten and so started my voyage of discovery into another small part of German history. Velten is situated to the north west of Berlin near to the larger town of Oranienberg. Until the mid/late 1860s it was a small sleepy agricultural village.

Someone discovered that the soil contained clay that could be used for making tiles. These tiles had the quality of being able to retain heat. That was the start of the ‘der Kachelofen’ boom = a (glazed) tiled stove. There was nothing of comparison developed in Britain.

It burnt anything, particularly wood and later coal. It heated a room/flat and a kitchen stove was later developed on the same principle. The latter was produced and widely used in Britain. I remember my grandmother had such a stove.

The early models were expensive and purchased be the richer members of society. We saw stoves from Vienna in 1720, others from what is now south Germany, the one used by Napoleon’s wife Josephine, others bought by aristocratic families and later the simpler ones used by Berlin’s new working class.

For me it was fascinating to learn more about German/Berlin history through the story of the development of a heating system. I learnt, for example, that Velten factories produced 100.000 stoves in 1905 and sold them in Berlin. This was the high spot of production.

Now it is time to stop posting to my blog and watch two German football teams playing in Wembley in London.