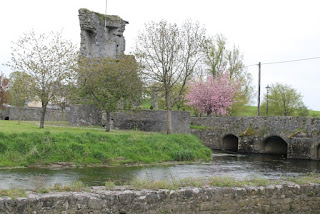 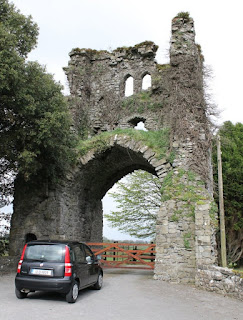 As I toured the area I was looking for the eight ruined castles listed in the book about my family.

I only found three I could identify with photographs in the book published in 1933. I needed more time to search the area. Perhaps on my next visit?

Even  so, I found a number of other ruins on my travels and decided to post to my blog. I have selected four photographs. As I found them, wandered in and around them I began to think what it must have been like to live in that area hundreds of years ago when they were built. 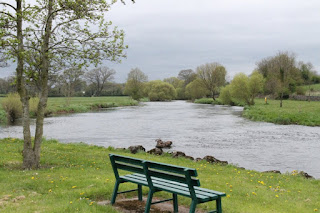 The O’Dwyer sept has been traced in that area from the 8th century. The family fought with Brian Boro to defeat the Vikings.

They were rewarded with more land and rights. In return they had to promise to send soldiers to the King of Leinster when he needed them. They were Liege-Lords in that old system. They also had to build castles on the borders of their lands to protect the population in the event of invasion.

Nothing unique there for this system can be found all over Europe at that time. When I wandered around the ruins I wondered what it would have been like to live in such cramped conditions with an enemy trying to break down the door!

I often thought about the role of women.  Endless childbearing, work in the fields and at home. Mmmmh – makes you think when you wander around such a ruin. Perhaps I was picking something up from the walls!