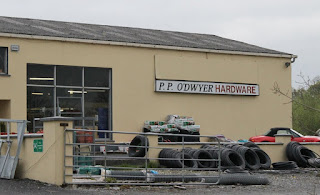 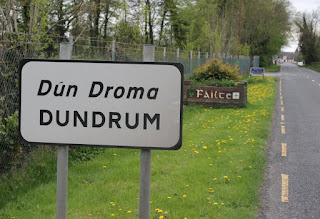 I talked to a butcher in Clanoulty before I left for Dundrum. He told me all about the history of the small town and the people. A customer smiled throughout then I was introduced to him. His name was Alan O’Dwyer. Lots of talk about family, names and history of the area. He asked for my card. I gave him one. He promised to send me more information from his records at home. 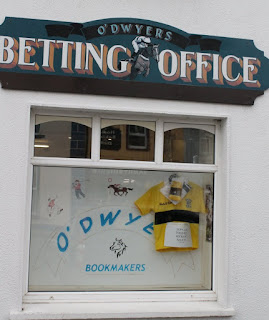 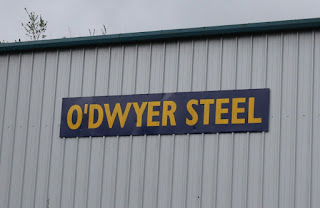 I then drove to Dundrum. This is a must see/visit small town for any O’Dwyer. It is to the south of the family lands but was the home of Lord John O’Dwyer, Baron of Kilnamanagh. His son Philip was the last chief of the sept.

He was one of the last leaders of the clan and lived there in a large castle. I have use the word clan which is from Scotland. The Irish name for the same is ‘sept’. I shall use that word in future.

When the lands/castles/properties were confiscated in 1663, his castle went as well. A man called Maude was on officer in Cromwell’s army and bought the property. He later rebuilt the castle in the style of a 17th century country house. After independence it was sold and now appears as ‘ Dundrum House Hotel, Golf and Leisure Resort’.  Very nice place indeed!

I did not stay there for I had more sights to see. I talked to O’Dwyers in the area and they confirmed that  it was still a centre of the sept. When I walked around the town I saw evidence of that. The O’Ds had businesses everywhere. See the photos.