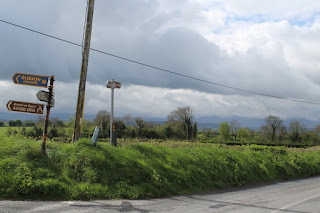 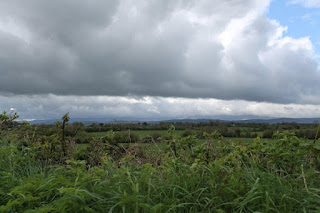 After the best cooked traditional breakfast I have eaten in about fifty years, I said a thankful goodbye to Moira and jumped into my Fiat. The first day of being 70 – Wow!

I headed northwest towards the village of Toem. I had found this as the western most village in family possession from a map on pp. 432-433 of the book about our family history. 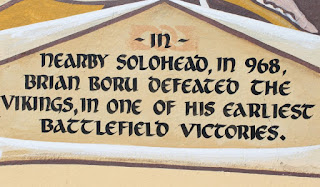 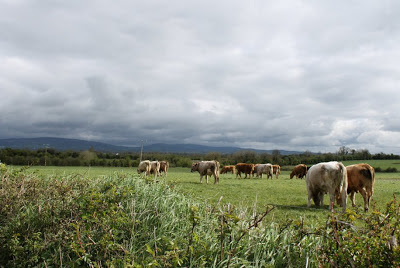 I shall post photos of Toem later but here are some taken on the way which show the landscape and scenery. Again I tried to image living here in the 8th century, in the 12th century and again in the 1660’s when the roof collapsed on the head of our sept!

What I noted, and is clear in the photo with the cows in the field with rolling hills, was that it is very similar to the countryside around Silsden in West Yorkshire where I was born.

I can remember staring at the scenery and asking a nearby cow, “Why the hell did they leave these valleys and fields for similar in Yorkshire. The ground is more fertile here in Kilnamanagh. Why leave?”.

The cow just looked at me, chewed some cud for a bit then said,”Mooooooooh”. I think it was her way of saying that some of the O’D sept were dumb!
Actually I know the real reason. My mother told me after I had entered puberty. It was all about a love affair 🙂 Scandal….scandal! Even so, I still thought grandfather to be a real thick head for leaving all this!