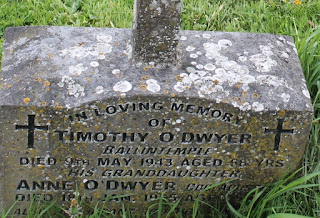 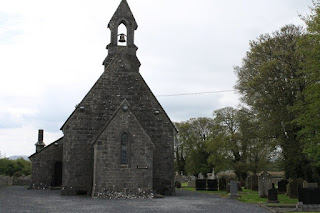 I found the road to Cork with no problem. Nice clear signs and just follow the lorries/trucks with Cork addresses on their doors! It worked. I found a station playing classical music and settled into a pleasant drive. I stopped for coffee and a ‘comfort break’ as I heard a toilet stop called 🙂  The weather played along for it was warm and sunny.

I drove along the M7 until it seperated. The M7 continues to Limerick but I took the M8 turn to Cork. Keep driving south until you see a really interesting sign. It says.’Two Mile Borris’. I wonder who Borris with a double ‘r’ was? It takes you off the highway into a slip road to Thurles. The first thing I saw as I neared was a ruined castle. Not one of ours for Thurles was not one of our towns and lies to the east of our old lands. 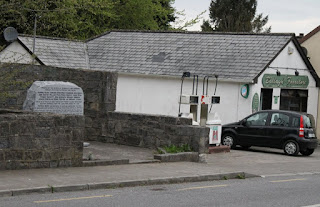 Even so, I stopped for a tourist walk around and to just take in the sights and sounds. I then drove south east on the R661, which is one of many two lane country roads which criss-cross the area. I stopped at a small town beginning with B, but I cannot remember the rest of the name. 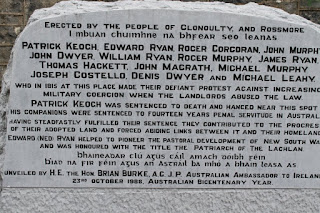 I walked around. The smells and sounds of farms were all around and I calculated perhaps 500 people lived there. I found family named graves in the churchyard – the first of many. I then drove to Clonoulty, which is all of ten minutes drive from town B. There I took photos of the area, churchyard and graves.

I found one to Timothy O’Dwyer who died aged 68 on the 9th May 1943. One day after my birth! I just had to take a photo. I also congratulated myself on making it beyond Timothy’s age! It was strange to wander around so many O’Dwyer graves for this town is nearly in the middle of the family traditional lands.

I also found a memorial to a group of men including one John Dwyer. It said that “in 1815 they made their defiant protest  against increasing military coercion when the landlords abused the law.” One was hanged nearby and the rest sent to prison in Australia for 14 years – including said ‘John D’!  It seems the family got there before the Bateson lads :-))