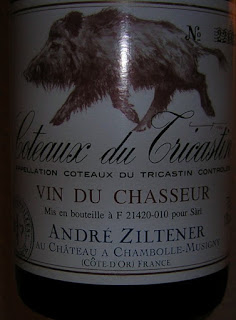 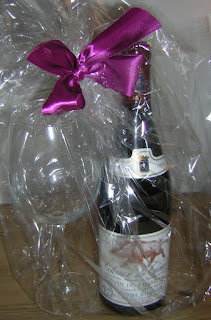 I’ve had a couple of interesting presents since my return. Nothing came from Vatican City but I got nice ones from Berlin and London.  The sun shone as a went to Alexander Platz on Monday afternoon – and it has shone ever since.

When I entered the school Frau Dr. ‘Boss’ greeted me very warmly and placed a nice bottle and glass in my hands. It did not come from Aldi and I look forward to sipping it on Saturday when I am joined by Marga.

I’ve had a very busy week so far and after teaching yesterday I headed for Prenzlauer Berg to meet Stephan. He shared my first flat Marzahn just after I moved to Berlin.  He had just returned from a holiday walking along the River Thames from Oxford to London. In London he spent some time with Adrian and Tanya. They are old friends from my uni days. They gave Stephan a present for me. He duly delivered it. A very unusual present! 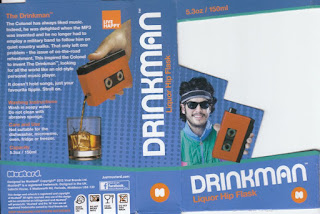 It is called a ‘Drinkman’ and is a joke made out of the word (Sony) Walkman and the German word ‘der Flachmann’ which means a hip flask. I have two Flachmann and both were presents. I take them with me when I go skiing so I can join in the ritual morning drink with my teacher and class before we hit the Piste. Mine are always filled with whisk(e)y 🙂

On the packaging there is a story about a Colonel who wanted something for both his music and drink and so the Drinkman was invented. Adrian and I have always made jokes about ‘The Colonel’ to refer to ‘The Empire’, particularly India, and its military drinking  culture. Subtle connections and meanings led to this present.

Stephan took me to his favourite restaurant as his guest for a delicious meal. After returning to his home he invited me to try three different kinds of whisky from the Isle of Islay. I didn’t know they had so many varieties on that small island. They were delicious. The perfect after meal tipple!

I also got a nice present from Mathias and Sylvana on Tuesday. It was a concert ticket voucher I can exchange for tickets to any concert I wish and is valid for 12 months! I look forward to selecting concerts to enjoy during this period.  Many thank to all of you!