At last the sun is shining! Germany has suffered from the least sunny days for the last three months since records began about 100 years ago. Sounds strange but it is true and was widely reported. We are enjoying sunshine and blue skies this weekend. I even found myself staring into the sky this morning when on my way to the post office. 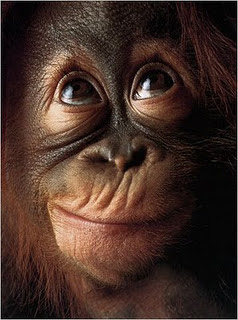 Yesterday afternoon I joined my Photoshop Gang for the first time this year. We greeted each other warmly and quickly caught up on news over coffee and a tasty cheesecake made by Maria.  Here is a photo of my wasp image which was put onto a shopping bag. Thanks for that Stefan!

March looks very similar. Next Monday I am going to the SPD central office for a meeting about the programme for the general election later this year. I shall be able to see/meet some of the leaders of the party at this event. There are other meetings in my diary in my local area and not at the centre.

I am still teaching, reading more German books, learning how to write German with Frau Fox and going to a Bach concert near where I live. I shall enjoy this with Johanna, Gerald and Jutta. We are also planning a breakfast meeting with other ‘Oldies’ later.

On Friday 22nd, after training, I shall go to a restaurant with Kerstin and her ‘Keep Fit Oldie Gang’. Really looking forward to this for they are good fun to be with. My month ends with a Schumann and Tschaikowski concert given by the orchestra of the Kömische Oper. Angelika will of course be playing and joining me for a drink after 🙂

Who has a birthday in March? Actually not many people! On the 19 March my McBook will be 5 years old followed by my Asus Eee PC next day for its fifth birthday! Okay, back to people – Günther  will celebrate being over 70 on the 22nd, Bernd will be over 40, again!, on the 28th and that is that! Have a great time each and all. I wonder if my laptops will make it to a sixth birthday?