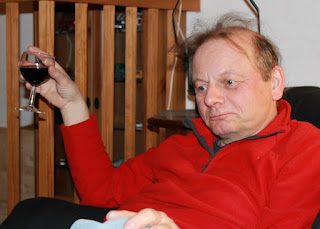 I walked from the Cambridge Day session to Stephan’s flat. It is a really nice flat on two floors. He had his birthday on Thursday, but celebrated with a big party on Friday, then again on Saturday for me and a couple who came later. 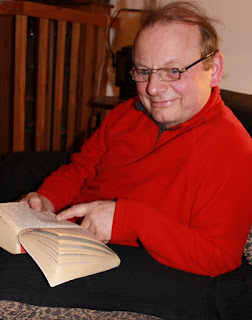 I think I can hear the Silsdeners asking who Stephan is. Take your mind(s) back twenty years to when I arrived in Berlin. I got a big and cheap but empty flat, in the north-east of Berlin in a district called Marzahn. I have very happy memories of living there, and the students and people I met.

One was Stephan. He was a friend of a friend of A&T, who knew I lived in a large empty flat. He wanted to move to Berlin from the south of Germany and was looking for a flat. We met, got on very well and shortly after he moved in. I then only had to pay half the rent:-)

He studied at Oxford University and speaks perfect English. In fact I would go as far as to say he speaks better English than half the people on the island! He also plays with German words and meanings. We went our seperate ways but still kept in touch. Not much of late, but we met again this summer when A&T were in Berlin. We have since been more in contact via old-fashioned telephone. It works!

I really think he should have been a Professor. He not only looks the part but is deep thinking, and an intellectual. You can see this in the photos of him I took yesterday. I also threatened to steal some of his furniture. Here is a photo of an old piece I would like to have.  We agreed to meet in the New Year. Perhaps I shall find a way of getting it out of his flat without him noticing!