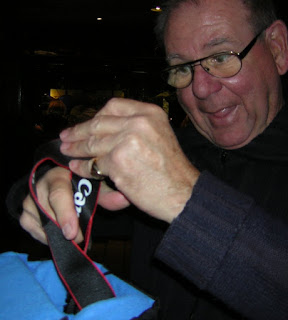 I found Jan and Arancha sipping a beer, or three, in the bar they had told me. Warm embraces and questions about health and happiness. They looked very well and happy. That made me in turn feel well and happy! 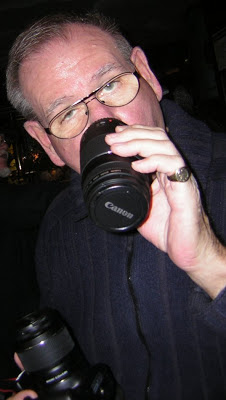 We caught up on news in more detail. Jan is not known for being too verbose in his e-mails and communication. That is an understatement! We joked about this and his preference of looking at the photos on my blog rather than the text. I have recently discovered that Marcel does the same. Are my words/texts so difficult to read/understand? Mmmmh!

Perhaps I should stop posting photos 🙂  Talking of which, I was allowed to open Jan’s new mystery box. Here is a photo of his new camera emerging into daylight. I have been e-mailing him recently about cameras and offers available in Berlin. 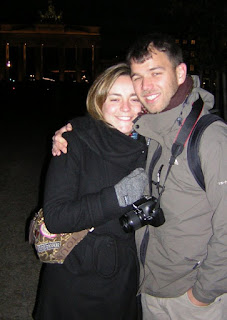 He called me just after he arrived to ask me about an offer in a chain of electrical stores. I told him that he should buy it immediately if he had the money. He said he had. I told him to get moving and buy it before the stock was sold.

What did he buy? A Canon DSLR, same model as mine, BUT, for the same price as mine he got an additional 300mm lens! Amazing, for alone it would cost an extra €200 plus. I said I would keep his camera and he could have mine. He declined my offer with a big smile.

I am very pleased that he bought this camera and has now entered the world of photography rather than snapping something with a mobile phone camera or small digital camera. I think we shall have many hours of discussion about this in the near future.

We wandered through the centre for some time and ended up at a restaurant specialising in food and beer from Cologne. Drinks and light food with more talk and exchanging information before we walked around the corner to Friedrichstr. Station. I jumped onto my regional train and they took an S-Bahn to the centre to meet friends and enjoy the rest of the evening.

As I write this, I guess they are relaxing after a long night, have had a late lunch and are packing a bag for the flight to Den Haag later this evening. Bon Voyage and see you again in mid-December.