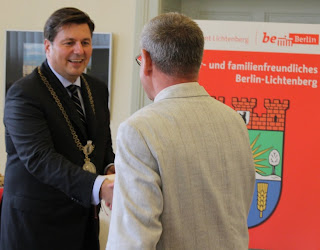 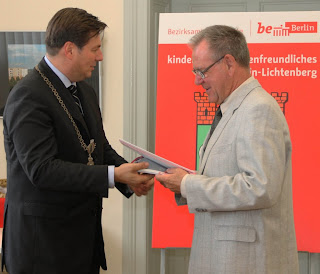 I was the second ‘new’ German to be called to the front to shake hands with the Mayor, pose for the camera and get my certificate and books.

The Major was very friendly and easy to talk to. Silke took these shots of those moments. 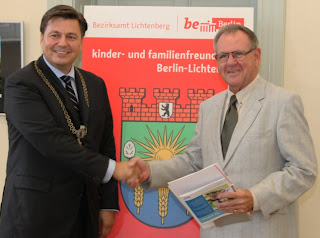 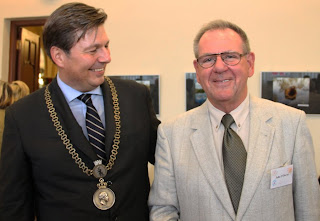 The first is of me reaching out to shake his hand, the next is of him giving me the documents, the third is of us smiling for the camera. 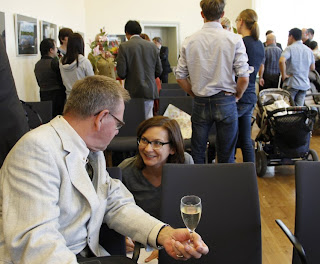 Lots of big smiles back from others and nice clapping of approval! It was a wonderful feeling and moment.

Then the others followed. It was nice to see such happy faces and pleasure at the event. The Mayor was also happy to pose for shots with extended families and babies! Then it was all over and we were invited to refreshments at the back of the hall.

Sylke brought me a glass of sekt for I had been approached by a journalist for an interview. She asked the usual questions starting with why I wanted to have German citizenship. The report will be in the local weekly newspaper next Wednesday.

Finally I mingled with the others and even had another glass of sekt. I chatted to the Mayor again and there is one shot here. He gave me his card and told me to contact him for any information about joining his party. I smiled and took the card!