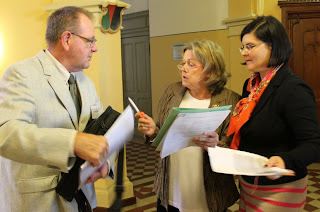 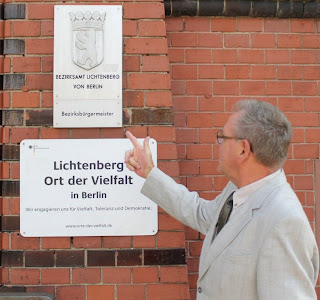 On Monday 17 September 2012, I read an E-mail from Sylke. She asked me if I was going to an event next day. She quoted a newspaper report that on Tuesday 18 September at 5.00 pm, Andreas Geisel, who is the Mayor of Lichtenberg, would be hosting a ceremony for ‘new’ Germans in the borough – like me! 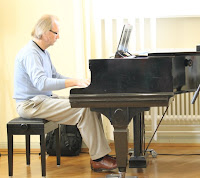 I had heard nothing, so I called the Town Hall. I was connected to his personal assistant. He apologised and as we talked it became clear that my surname had been written incorrectly, hence the mix-up. He told me to come to the event and to bring my certificate.

I did just that! I put on appropriate clothes and set off for the Town Hall. I was pleased to see Sylke waiting for me. She took the first photos of me at the entrance, in fact she took all the photos I am posting about the event. 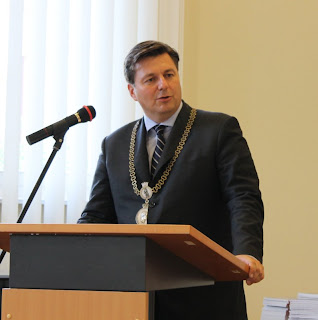 I climbed the stairs to the ‘Ratssaal’ to be met by two nice ladies. They welcomed me and yes – my name was on the list! I found a seat near the front and looked around. Lots of happy ‘new’ German faces, some with children, others with families to share the big day.

The Mayor, and other political leaders entered, so the ceremony started when a pianist played classical music. Ideal for me! The Mayor then gave a very friendly speech welcoming us as new citizens of the German Republic. We all beamed.

The first person was asked to step forward, shake hands with the Mayor, pose for a photograph, received their certificate of citizenship, a copy of the German Constitution and a book about Lichtenberg.  There were also little Berlin Bears for the tiny ones present! 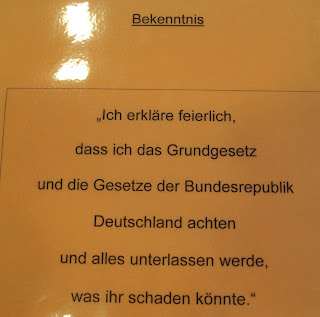 The first person also read out the ‘Bekenntnis’ for all of us. It is a declaration that, ‘I freely declare that I will respect the Constitution of the German Federal Republic, and will do nothing that could damage it.’

I was the second person called to the front, but more of that in Big Day 2.