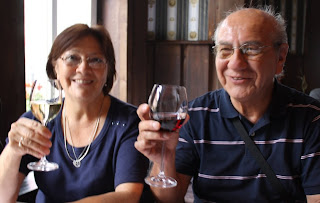 Last Sunday morning I crawled out of bed, after the evening with Angelika and friends celebrating her birthday, to get ready to go to Stadt Brandenburg. 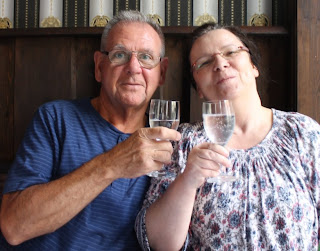 A slow start to the day but I got on the regional train which took me there. I had earlier sent Heike my travel details so she was on the platform to greet me. Unknown to me, there were two other friends of hers on the train.

Alicia and Hector entered the train at Alexander Platz, as I did, but at the rear of train. I sat at the front. I had met Alicia before, and there is a report in my blog history about this. She lives in Brandenburg, but Hector is an old family friend visiting from Chile. He is flying back as I type these words. Safe flight Hector! 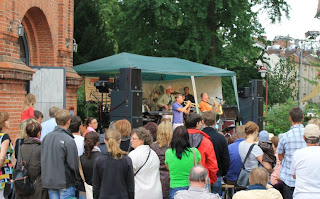 Heike played the perfect host – as usual! She took us to her flat not far from the station. After relaxing and a drink we walked all of 4 minutes to her favourite restaurant. We had been there before, so knew the quality of the food and service = Superb! Lots of catching up on news before we went to a Catholic churchyard where a local band was giving a benefit concert to celebrate 25 years of music making. 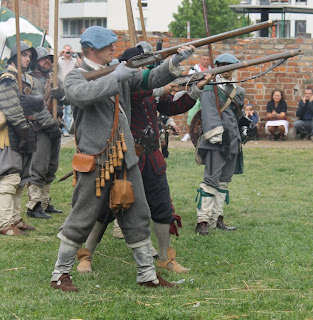 We sat at the front of the area near a children’s playground. I really enjoyed the mixture of music and languages as I watched tiny tots, and bigger kids, play in the sand and enjoy the slides. A very happy and relaxing moment. I watched one child play and told Heike I wanted to take him back to Berlin in my bag! Heike just smiled 🙂 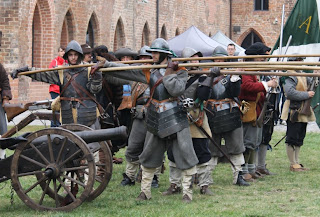 In the next area to the churchyard was a Catholic closter. In the yard there was an enactment of a battle from the 30 Years War. You can see some photos here. I thought it interesting that both areas belonged to the Catholic church.

One was celebrating the success of a local band while the other was showing the killing, murder and violence of religion. Unfortunately we have learnt nothing – just listen to your radio each morning to hear about the latest murders/killings in the name of religion.

From the concert, we walked back into town and there our ways parted. Alicia and Hector went one way and Heike and I another as we headed for the railway station. We said goodbye to each other then I got onto my train back to Berlin. Tired but very happy after a day with such nice people and lots of food for thought!