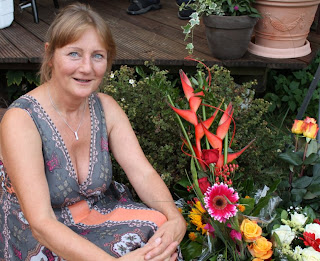 Last Sunday I took the S-Bahn to Rahnsdorf Station, then cycle to a house near Muggelsee to celebrate Angelika’s 60 Birthday. Before I got there, I had an adventure I had never had before! 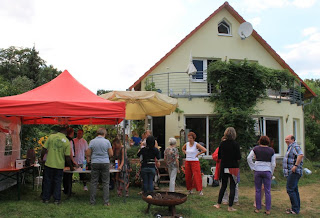 I went into the lift to take me and my bicycle to the ground floor. After I entered a women of about 40 and very overweight entered with her bicycle. There was no room to move but I pressed the buttons to descend. We started at a slow, juddering pace, which got slower, and then the lift stopped. We were imprisoned! 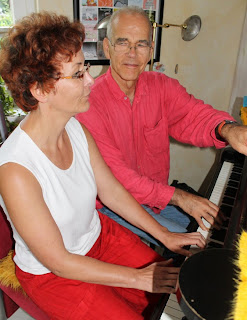 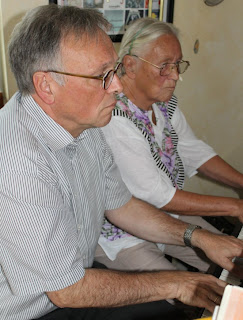 I could just move enough to hit the emergency button which set off loud alarms. A voice contacted us from a wall in our prison and asked what the problem was. The large lady took over all communication, having noted that I was not German! She told ‘The Voice’ that we were stuck in a lift. ‘The Voice’  said he would get onto the problem. And that was it for 70 minutes!

Yes, for 70 minutes we sweated in the prison and smiled at lots of passengers, who noted we were in prison. Four Deutsche Bahn security personnel appeared from nowhere and looked puzzled. None thought to call the emergency services until 60 minutes went by.

As they were discussing this, a man appeared with lots of equipment from a security firm, on contract from Thysson who had built the lift/prison. He tried various tools and nothing happened. Then one of the B-Bahn staff said there was a room opposite our prison where all the controls for our lift were. He ran inside and after a few minutes the lift slowly reached ground level.

I told the staff they were a disgrace and if there had been a baby or old/ill man in the lift they could have died. They hung their heads and didn’t say anything. The very large lady scowled at me, got on her bike and disappeared. After getting apologies, I got on my bike and headed for Angelika’s party. What a way to start a birthday party! 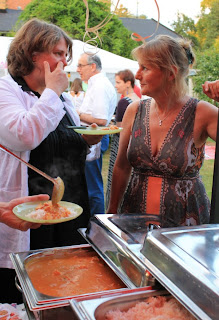 After ten minutes I arrived at the family house. I have always liked going there, partly because it is so close to the water. I showed Marcel the house on our first lake tour. Angelika was then on holiday. This time the house, and garden, was full of people and music. Most of the guests were musicians so there was lots of music from lots of instruments. 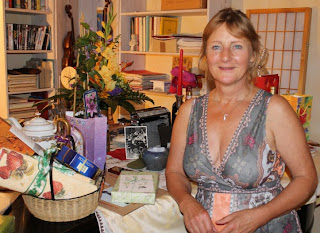 Angelika’s mother even played a piano duet with another guest. Others played on other instruments and I wished that Marcel could have been there to join in by playing his flute.  As dusk fell, five of the family and guests gave a performance of a children’s piece called ‘Cuckoo’!

It was very well done and I recorded it on my camera. My first film! I shall burn it to a CD-Rom with the photos then post to Angelika so she will always have it to remind her of a very special birthday, and evening!  Before then we had a delicious buffet-meal and there was lots of things to drink. Very nice!

I took photos. Here you can see just a few so you can share in a very special, happy, homemade, musical evening. I left very late and am pleased to say I did not use the S-Bahn lift. I carried my bicycle up the stairs. Once bitten twice shy —- as the saying goes!