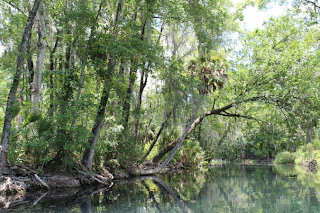 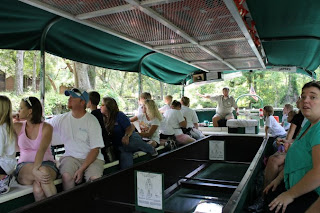 Monday 21 May. I woke to congratulate cousin Barbara on her birthday. Unfortunately she couldn’t hear me, but we shall meet in two weeks when I arrive in the UK. I thought of her as I wondered to the pool and settled into the sun before testing the water and practicing my new water skills! 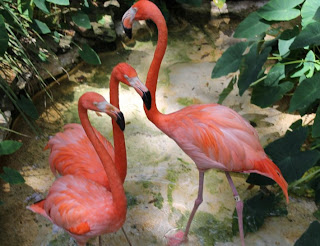 I got ready then Shirley took me to the post office to post the last of my postcards. We then hit the road south-west to got to Silver Springs. It lies inland and to the south of Orlando. It is famous for being the place where all the Tarzan films were made as well as many TV series about life in/on/near/ the ocean and jungle. 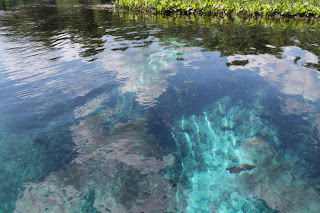 Silver Springs is an interesting natural phenomenon. About 60 feet under the ground, a fully developed river emerges out of the rocks. Apparently it is only one of two in the world. I have no idea where the other is. I didn’t ask the guide! The river forms a lake before eventually flowing into the St. John River. (No Silke, it is not named after me, and thanks for your comment 🙂 )

We went on two tours in boats with glass bottoms. Fascinating to see things under the boat including the source of the river. In the photographs it is the one with the blue colours.  I noticed the eyes of crocodiles following me/us as we sailed along. One followed – I think it spotted me as a potential dinner!!

I took a number of shots of this watery/green environment and really enjoyed the experience. We had to leave early for Shirley had an appointment back home. As a result, I had a first time American experience. We quickly bought a snack from Denny’s and ate it in the car as we sped to St. Augustine. Just like real Americans do! Wow – a first for me!