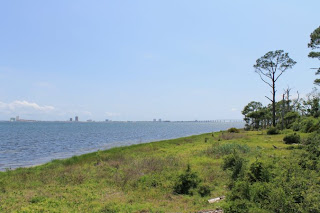 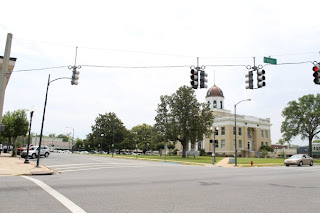 I had the standard motel ‘continental breakfast a la America’, then returned to the government centre to see all the museums and interesting buildings. The best was the ‘Old Parliament Building’, now a large museum showing the history of Florida. The presentation is excellent. I spent longer than planned so walked quickly around the others. 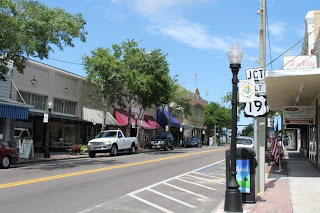 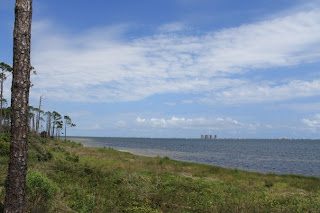 What struck me was information about Florida in prehistoric times. Then came settlement by different Indian tribes and how they lived. Later the Spanish arrived and how that changed their lives.

There is a section covering post-Spanish settlement, transfer of the state to France, back to Spain, then to England, back to Spain and finally absorbed into the creation of the USA. The history of Florida reminded me of a football being kicked around by European powers reflecting power shifts in Europe. I had not known this so clearly.

I hit the road west and stopped at Quincy. Classic American town with wonderful old houses and architecture. I also discovered it was the home of more Coca-Cola millionaires than any other place in the USA. I prefer diet Pepsi 🙂 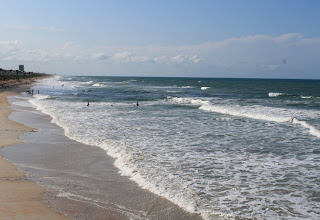 Down the road again to the small town of Marianne. My info told me about an important battle there in the Civil War. I stopped at the Civic Centre to ask where it was. Baffled looks on the faces of all. Finally advised to go round the corner to the police station. A lady was hanging out of a door smoking a cigarette. My polite request was met by a polite answer that she didn’t know — in a nice accent from Glasgow! We had a long chat and she asked other people in the station and they didn’t know. Finally, someone said I should go to the local church and look at the graves. I did and found a plaque commemorating the battle and war dead. Success! It was interesting how many local people apologised for not knowing their local history! 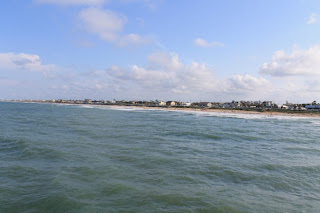 I drove on to Pensacola, the largest city in the west of Florida and home to a huge navy base on the Gulf Coast. Judy had given me information about the area and I followed her advice. I got lost a few times on the small roads I took to get to the city, and noticed the weather was looking stormy and temperature was falling. The gadgets you have in new cars these days! It started to rain as I got to the outskirts of Pensacola so I hit the brakes when I saw a Motel 6. Nice place and the price was right. I booked in and drove over the road to a restaurant.

Reasonable meal eaten as the storm gathered. I paid the bill and got back to my room as the storm broke. The last time I experienced anything like this was when the monsoon struck New Delhi when I lived there years ago. Black sky, sheet lightening, high winds and even balls of ice falling as big as eggs. I stayed in and occasionally peeped out of the curtain to check the storm. Next morning I woke to post-storm grey skies and heavy rain, then suddenly during breakfast it changed into blue sky and sunshine. Just in time for me to see Pensacola!