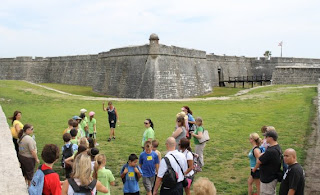 This was a special one in a special holiday. Early breakfast and off to school at 8:30 am. I was the  ‘Guest Speaker’.  I did not take photos of the children in the school. I would never do that and post to a web page without their parents permission, and that was not possible. Instead, I shall add a few more photos of local scenes for you to see as you read this report. 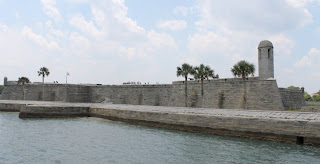 I have already told you that Shirley works in a school as a volunteer helper to Modesta. She told the Headmistress I was visiting, and she wanted me to meet five of her older classes. The children had to work with their teachers to prepare questions. The teachers also prepared their classes by telling them about Germany and India. Extra history and geography lessons for the kids!

I met the Headmistress and then went to the first class. This was the least prepared, but I soon livened them up and lots of questions came. I noted that half of this class was busy with questions and half looked at me as if I were a TV performer and said nothing! After the second class, I went to the ‘Music Makers Performance’ in the cafeteria. All the school was there. We all enjoyed a group of children who sang and acted out scenes. Full marks to the music teacher! 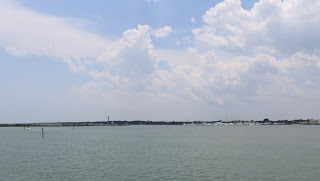 Later I met three other groups and was impressed with all. One was particularly well prepared. The teacher also projected images onto a screen behind me about places and people taken from books about India and Germany. One pupil smiled then pushed a piece of paper towards me. I shall write it exactly as it is.  ” Thank You for comeing and talking to us nice meating you!! from A……”  I have it pinned on the back of my kitchen door!

We returned home in the early afternoon. I dozed off then went on a slow bicycle ride to the south of the beach where it ends as a river from the inner sea meets the Atlantic. That evening Shirley cooked, so we sat in the dining room and chatted about the day over a tasty meal.