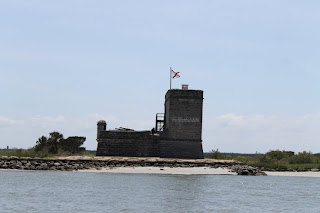 My first day in St. Augustine started with getting to know the place. Shirley had gathered an impressive collection of maps and guides to everything possible. I also got the use of a bicycle which had wheels perfect for cycling on the beach. Thanks Zarko! 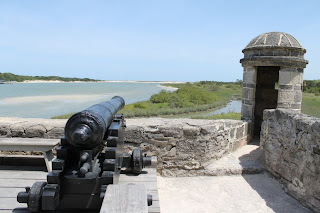 I had my first couple of hours dozing in the sun by the pool before getting into Shirley’s car and heading south to Fort Matanza = massacre in English. The name comes from a conflict between Spanish and French armies ending with the massacre of the remainder of the French. 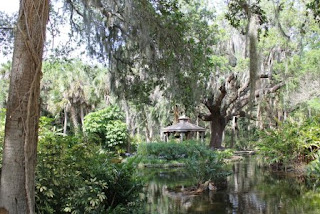 The fort was built to protect St. Augustine from attack from the south via the inland sea. It successfully kept out further English pirates attacks. News of the massacres may also have helped to deter the wanderings of Sir F. Drake and his ‘Merry Gang’ in search of plunder after they had sacked the town early in its history. 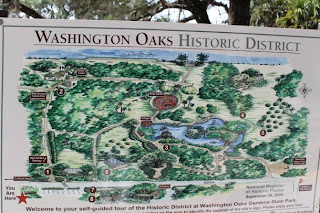 We went to Washington Oaks State Park and saw some amazing old trees. Some were at least 600 years old. The garden layout was also interesting and I saw lots of plants and animals I had not seen before. But then the whole of my trip was full of discovering new for me flora and fauna.

My notes tell me I had my first beer and it was at a river inlet. I ended the day by writing a list of things I needed. Okay, I shall reveal these important things: anti-dandruff shampoo, shower gel, white socks and a cell for my mobile telephone. I subsequently got them all. No surprise  – Walmart has everything!