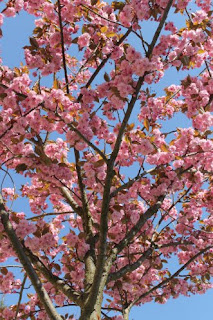 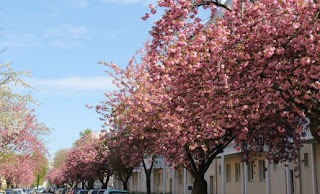 During a very cold spell last winter, Silke and I cycled to Treptow to take some photos and let me learn more about my new(ish) camera. I posted to this blog about it.

We decided to repeat the ride last Tuesday. It was a pleasant morning, which later turned to cloud and rain in the evening. We got the best part of the day! 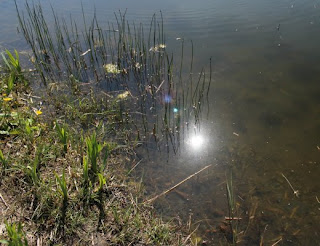 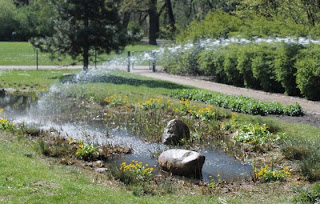 I cycled to her flat where we had coffee and a chat about plans for the tour. Near her flat is group of protected flats, because of the design from the early 1920s; in front of which are two lines of cherry trees. We stopped and took our first photos. Here you can see two I saved.

Off again until we reached the River Spree, which runs through Berlin. Turn right along the bank and cross the river via a cycle way built on the side of the S-Bahn bridge. A nice ride, but not one on the tourist guide to seeing Berlin. 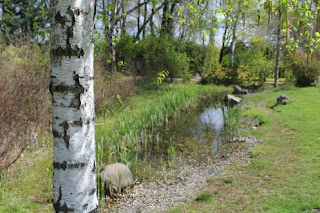 More photos and then on the other bank we entered Treptow Park. There are many things to see here for tourists, particularly the Russian Monument to those who died taking Berlin at the start of 1945. Lots of coaches at the entrance as we cycled into the park. 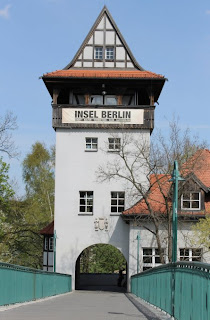 We cycled south until we came to a small steep bridge to take you to a small island in the middle of the river. This is very popular in summer. I have been there before and also posted photos/reports to this blog.

We had lunch by the side of the water then cycled around the small island taking photos. On the was there, we stopped at a small garden within the part and took some photos of the arrival of spring on plants.

I played around with filters and changed shooting controls. All designed to learning more about the camera how to take different photos of the same scene. We left as the weather changed. I had to go to my German lesson with Frau Fox and Silke had another appointment.

A really pleasant time enjoying the arrival of spring in Berlin. I think we all enjoy the colours after the dark and grey of winter. Well, I certainly do!