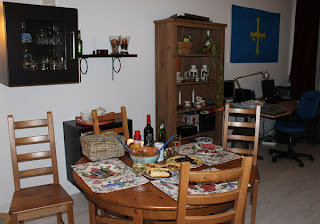 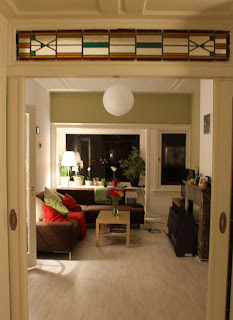 From Leiden we went to Den Haag. From the station we walked to Jan and Arancha’s new flat. They moved in at the beginning of this year. It is larger than their old flat in Leiden and has car parking space. It is at the top of a three storey block of flats.

I felt at home as soon as I walked in. The last time I had this instant feeling was when I arrived in Beijing last September. I think it was a mixture of the size of the flat, the tasteful furnishing and decoration, and what Jan called, ‘Arancha’s home making ability’.  I told them I was going to move in and they could move out. They just smiled at me! 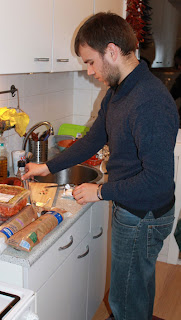 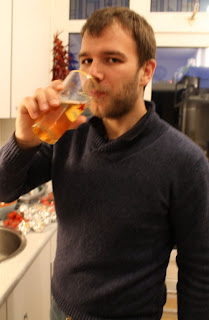 When I first arrived, Arancha was not at home. She was playing football with her all-women team. They were playing against an all-male team, The men won. Arancha later told us about their ‘macho’ aggression against an all-women team, which did not surprise her and her fellow players. No surprise that testosterone ruled the match! Even so, she enjoyed the game and likes playing in the team.

As I unpacked and settled into the flat, Jan began to cook. I knew he could cook and was pleased to see the ease with which he prepared the evening meal, very professional! Of course, he allowed himself to sip a glass of beer as the cooking got underway. No surprise there! 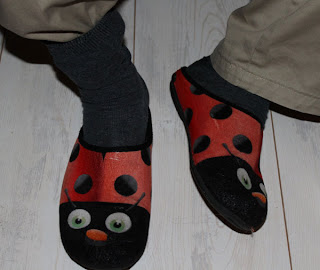 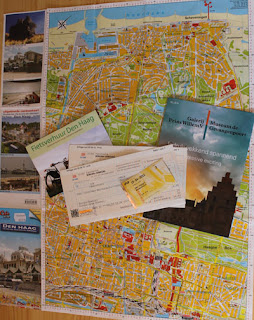 I noticed he was wearing some interesting slippers. I discovered they were a present from Arancha’s sister. I could not resist taking a photo. I like the eyes!

The meal was excellent and we had a relaxing evening talking and catching up on news. Here are a few photos of the flat and of my travel tickets and map of Den Haag, which I needed to plan the next day.