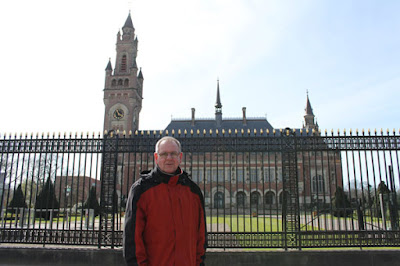 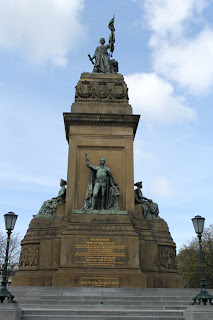 Back onto our bikes and off we went again. Through the old city until we landed at am impressive looking building. Lots of tourist buses stopped so that the people inside could take photos posing with the building as a backdrop. 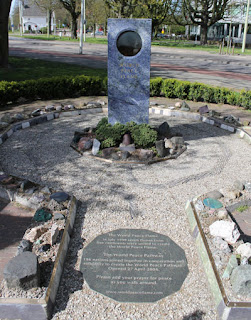 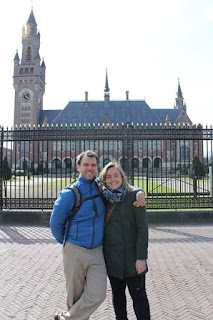 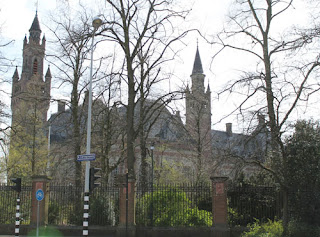 It is the Court of International Justice in Den Haag. We also posed – as you can see from the  photos. Nearby is a small monument to world peace and justice. I also later took a shot of the building from the back. I don’t think many tourists get the chance to see it from the back.

We stopped at a small cafe for coffee. We sat in the garden in the sun, so I was able to take the shot. From there we cycled through a park and landed in an area full of Embassy building. Most are rather grand in the style of the 18th Century. 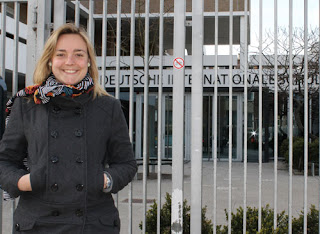 We cycle north again until Arancha said, ‘Stop!’ We had arrived at her school where she learns German. I quickly got her to pose for a shot. I was surprised by the security gates. She explained that staff from embassies also learn in that school, and it is in the embassy area. Now we can understand the security gates.

From here, we continued north in search of the sea.