We have all heard about Murphy’s Law. From today I think there must be a section about electrical gadgets. I wanted to call Bea about meeting for lunch tomorrow so reached for my phone in the kitchen. Picked it up, dialled the number and nothing! 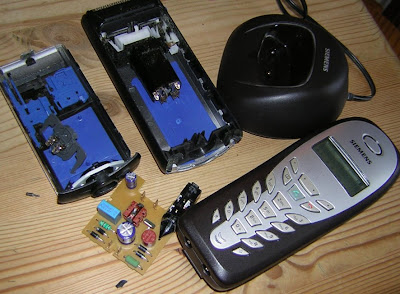 That brought my attention to the gadget. It just blinked at me. Lots of time went by as I pressed buttons, and other things, but still nothing happened. I still can’t work it out and wonder if the gadget was trying to tell me it was an ‘ex-gadget’.

A short time later I entered the bathroom and picked up my electric razor, as I have done for thousands of times. Not this time! It sprang out of my left hand and smashed onto the tiled floor. And so it became an ‘ex-electric razor’. Why did both things happen within less than thirty minutes of each other?

One of the problems of human beings is that we have this need to ascribe causality to the least of things and events. A dangerous road for it leads to religious beliefs, organisations and all the negative things we know then follow. It just so happened and there was no connection between the two, and had nothing to do with causality.

Monday is ‘buy a new electric razor’ day. I have two telephone handsets on my system, so I guess I can ‘slum’ along with only two for the moment rather than three! 🙂