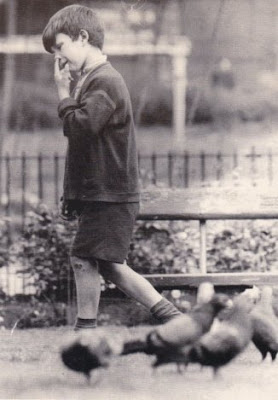 Just entering March with warmer weather. I feel that the worst of winter is over. Even so, we could have snow and ice in March, before Spring finally asserts itself. February was a mixed but interesting month. I worked more than I thought as I entered the year. Yesterday was the last lesson. Today was the exam.

I thought of my students as I stretched with Kerstin’s Keep-Fit Oldies this morning. They will be okay. No student of mine has ever failed the exam. I had three students and two of them have already found new jobs, and that was with their existing level of English. I expect to have more time for myself in March, but I have to help a business man for a couple of weeks starting next Monday.

I have booked to attend a couple of teacher training workshops in March. I’m going to the Philharmonie next Sunday for a concert of Mendelssohn, Bruch and Dvorak. Later I shall see Angelika playing in her orchestra in an ‘English Evening’. The guest conductor is Sir Neville Marriner, who some of you may have heard of, and they are taking the audience through works by Tippett, R.V. Williams and Elgar. Should be an interesting evening. 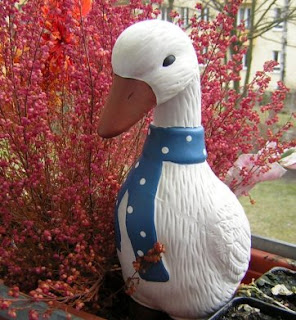 I’m also meeting Dr. Khalid for lunch. We met many years ago at university and the last time we met was in Berlin many years ago. He’s coming over for a conference. That should be an interesting meeting as well. Towards the end of the month, I’m meeting Bea for lunch at a restaurant in Köpenick. We’ve been talking about it for some time, then she called and just gave me a date to meet. Not a bad way of cutting through the talk and getting to the main thing!

I discovered a duck on my balcony this afternoon when I got home. I think it is making a nest in one of my window boxes! I decided to call it ‘Donald’. Original name, isn’t it? Here is a photo of Donald looking very happy on my balcony.

Who has a birthday in March? My MacBook starts the list. It will be four on the 19th March followed by my ‘Baby’ Asus Eee, which will also be four, but one day later:-)  Any people having a birthday? Dr. Günter will celebrate his big day with his family in Berlin on the 22nd, and Dr. Bernd will do the same with his family in Bernau on the 28th March. Happy Birthday all and have a great day.  I shall clean my machines and update them as their special birthday treat. Perhapy Donald will help me :-))