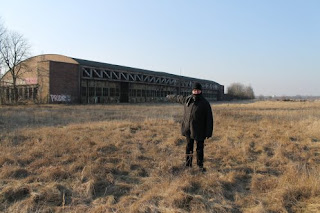 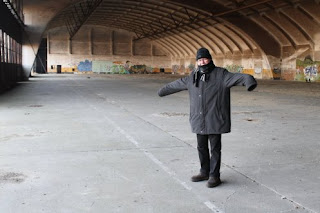 I went to Werneuchen with Silke today. I really enjoyed it. I haven’t been there for years and so it was good to sit in her car and see old sights and new constructions.

Where is Werneuchen I think I can hear your ask? It is part of the district of Barnim which in turn is part of Land Brandenburg. It is a town of 8,000 inhabitants to the north-east of Berlin. 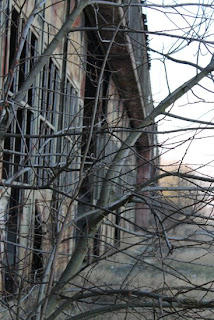 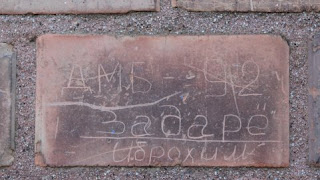 It first appears in written records in 1247, and people lived from agriculture/farming. A railway line reached it in 1878 and so linked it closer to Berlin and towns further east towards the (now) Polish border. 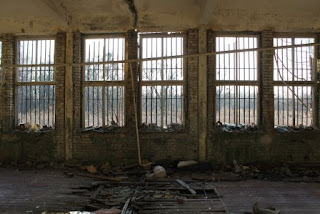 In 1937, an airport/Flughafen was built and the military arrived. Two large hangers were built, which you can see in my photos, in addition to other buildings to keep an airport functioning. It was used to train fighter pilots and to service their aircraft.

In 1945, it was taken over by the Soviet Military. They subsequently expanded it for use by bomber aircraft. And so it functioned until the Soviet forces left in 1993. It fell into disuse and decay except for one part which is still used for sport/hobby planes/pilots.

Silke and her family own a piece of land near to this airport and she wanted to show it to me. We also wanted to use it to take photos. So here are some photos for this first part of my adventures in Werneuchen today.