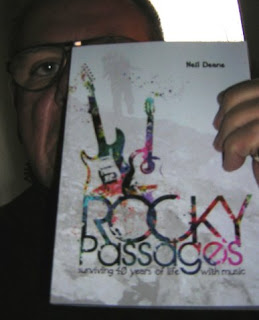 I bought a new book today. It is called, ‘Rocky Passages: Surviving 40 years of life with music’ It was written by Neil Deane. I have known him for years. First time was just after I co-founded eltabb and he joined. Later he helped me to get a flat where he and other Cornelson workers lived. Happy times!

He worked for Cornelsen Verlag then. He now lectures at the University of Duisburg-Essen. Lives with a very nice lady who gave me a job teaching at a Hochschule many years ago. The travelling was too long so I reluctantly gave it up. Happy memories! 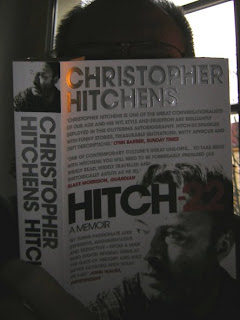 Now he has produced a book about his passion. Yes, music from the 1970’s and the Beatles. He comes from Liverpool and the book is about the last 40 years of his life through his musical tastes. Mozart and Beethoven are not in the book:-)

Earlier I bought another book. By Christopher Hitchens and called ‘Hitch-22: A memoir’. He died recently and although some years older than Neil, he covers much the same period. A delight to read in terms of content and style. He plays with the English language like an angler catching and landing a trout. Superb!

Rational and liberal thinkers will miss his voice in this loud world of religious ignorance and killing. Step forward the next Christopher Hitchens – and quickly!