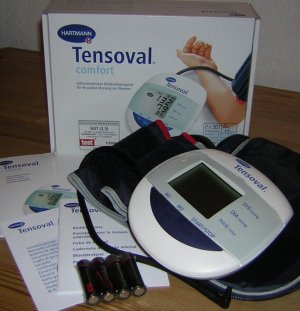 I have a new toy. It is a piece of equipment to measure blood pressure. I bought it this evening after coming home from my meeting with Silke.

This morning I went to my Dr’s,  as arranged. The place was full. Mainly ill ‘Oldies’! I had an appointment, but even so I had to wait 20 minutes before I got to the Doc. He checked my equipment to measure blood pressure and my records, then checked on his equipment and said something was not right. He watched me measure my blood pressure and noted that my equipment was not accurately recording the higher level. He recommended that I bought another one. Cost = €58.58. I grimmaced!

I later went to my local chemists. They said they could order it and I should come back later in the afternoon. I did – after my meeting with Silke. And so I became the proud owner of this machine after handing over the correct amount of ‘Dosh’. I have to see the Doc in two weeks so I have that time to play around with it and learn how to use it. Just like a new toy:-)