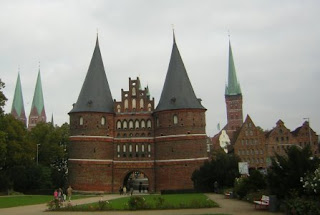 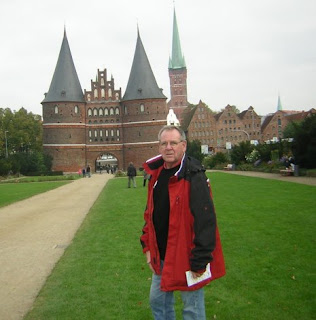 I started the week in Lübeck and enjoyed my three day visit to the famous city and its seaside resort of Travemünde. It was my first visit and I found it very different from Berlin.

It is an old medieval city built on an island with four huge doors in a protective wall. Two of the doors have disappeared but the north and south remain. The south door is very famous for its architecture. 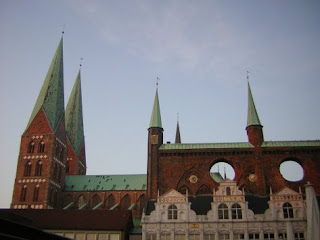 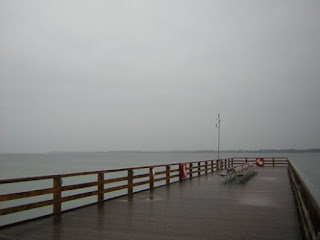 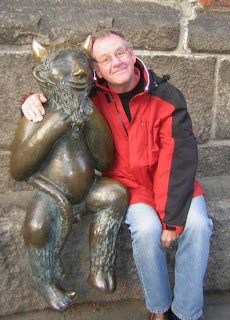 Lübeck expanded and became rich through trade. It has large harbours and storage warehouses. I went on a boat tour for I think any city looks different when seen from the water. The church was not slow to cash in on the wealth of the towns traders. They competed to show their wealth by generous donations for church building and furnishing.

Lübeck is also famous as the home city of the Mann family of writers. Their house opposite the cathedral has been restored and is now a museum. I found it very interesting and well presented.

The first thing you see as you approach the city is the array of church spires. Some were badly damaged on a bombing raid that  took place on Easter Sunday 1942. One photograph is of the bells of the cathedral that crashed to the ground. They have been left as a reminder of the horrors of war. 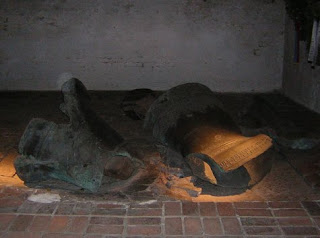 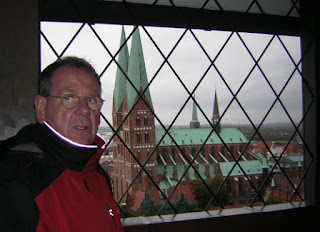 Outside the cathedral is a figure of the Devil: He knew me immediately and we had a chat! I then left for Travemünde. I also liked this resort with its rather sleepy feel and look. I enjoyed the local food and hospitality and would be happy to see the sights again.