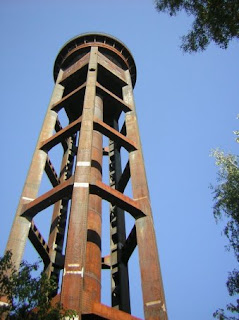 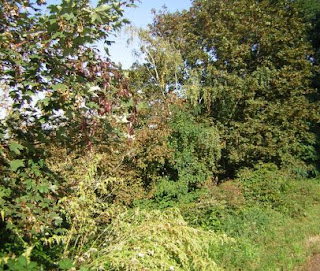 Phew, but it is unusually hot at the moment. Tomorrow may be even hotter before the onset of autumn from Tuesday. I went on a walk with nine other people (mainly oldies) today. Ideal weather and a very nice atmosphere in the group.

We went to a place I had never been to before. It is called ‘Natur-Park Schöneberger-Südgelände’. It has been created in an area that was a railway station/repair yard in the days of steam trains. The tracks were left and ‘nature’ has just grown over them. I liked seeing large trees growing out of the old tracks. 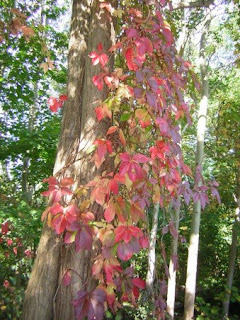 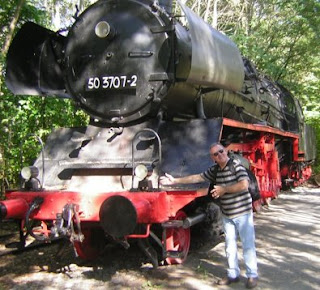 One of the group studied biology years ago so was able to tell us more about the flora and fauna we saw. I found it very interesting to hear where a plant came from, and how it spreads using the wind or animals or birds to move to other areas – or even to other parts of the world. 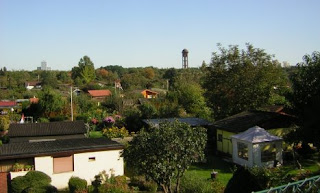 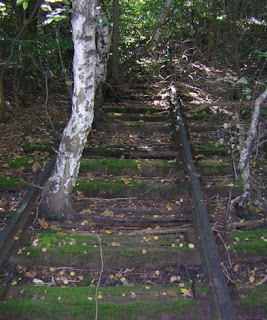 We later walked to a hill made from the rubble of Berlin houses cleared after the war. On top there is the Wilhelm-Förster Sternwarte = an observatory. Not the right time to see the stars but interesting to discover the place.

We ended with a two hour meal (as usual :-)))  in the garden of a restaurant.  Now to pack my bag for Brandenburg tomorrow.