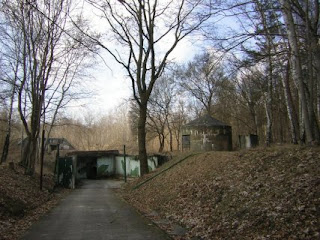 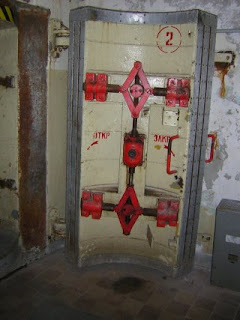 Having destroyed the bunkers, the Soviet Military High Command moved in.

From 1945, this became the site where the highest officers directed all other military operations in what later became East Germany. A wall was built to stop anyone entering, a new military rail station was built as were buildings to house 50,000 soldiers and provide all the things they needed. 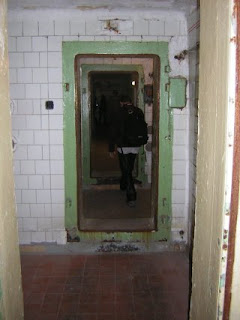 As they settled in and the ‘cold war’ advanced the military minds realised they needed a protected bunker. They couldn’t use the old German ones for they had dynamited them! A large new complex was built but this time it was all under the ground.

If you walk north from the old German bunkers you follow a road that turns to the left and then ends at what looks like a delivery point/or repair yard for trucks. To the right you can see a small turreted round building. It is the ventilation top of the Soviet bunker system.

You enter the system through a very thick metal door in the truck repair/delivery area. It all looks very innocent! You then enter a five story complex of tunnels and rooms with telecommunication systems. Like the German bunkers, the Soviet one was mainly ‘manned’ by women! They did a lot of the telephoning and typing. 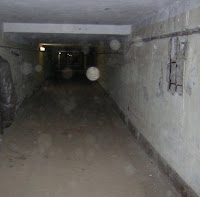 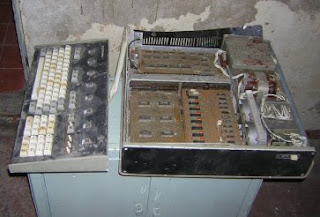 When the Soviet military left Germany in 1994, the military staff at the Wünsdorf bunker took most of the communication system with them, but some remained and you can see some components in one of my photos. I particularly like the photo of what we were told was a very early computer – but without its monitor.

The bottom two floors of the bunker are now flooded but you can wander around the other floors. I forgot to add that access to the whole complex is only possible with a guide, and you view in groups.

From the complex there is an underground tunnel that takes you to the village. From the air you could not see anyone entering the site. Entry was via a set of connected houses in the nearby village then a walk through the tunnel to your typewriter, telephone and desk.