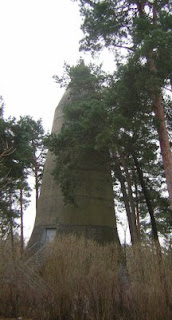 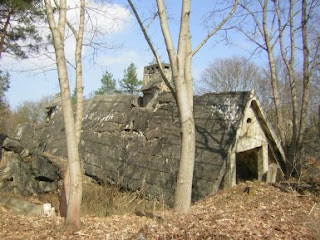 In the 1920s, the site was used as a training area. Things began to change from 1933, when a certain Herr H. and his party were elected into office. He later ended parliament and made himself dictator – as I am sure you all know.


From the mid-1930s, a big construction project was started. This included shelters against bombs, they look like towers with a pointed roof, and 10 bunkers that looked like blocks of flats. They had tiled roofs and balconies and were set in an elongated circle with a common garden and trees in the middle – just like any other housing development! 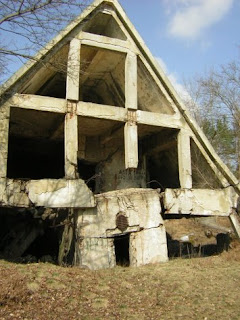 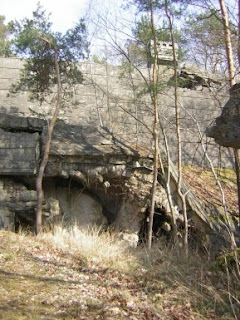 The bunkers were built by a Berlin based company. Five thousand workers constructed it in one year.

It was built of concrete blocks re-inforced with metal bars. Amazing! The company continued to build until it went bankrupt in 1964. I wonder why?

They housed the High Command of the Third Reich. Each General/Marshal/Project had its own bunker/disguised block of flats. The General/Marshal worked on different campaigns in anticipation of a future war. Interesting – talk about forward planning! 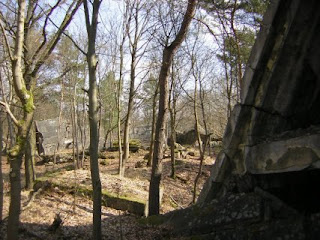 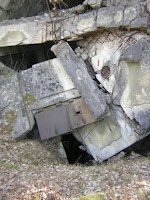 For example, we saw one of the bunkers where Field-Marshal von Paulus and his staff worked for two years on the invasion plan by the 6th Army leading to the Battle of Stalingrad. We know it was a failure so I wondered what they had not calculated as they worked in this now ruined bunker for two years.

In early summer 1945, the victorious Soviet Army put all the munitions they could find in and around Berlin into the bunkers then blew them up. The bunkers sank into their foundations, or fell onto one side, or fell out so they resembled the wings of a bird.

It is rather strange to see these forms. Judge for yourself in the collection of photos I took.