Today in 2004, my father died aged 92 and Birgit would have been 58. I am meeting Heike and hopefully a few others on Saturday to put flowers on her grave.

Sunday 3 October is a ‘big’ day in Germany. It marks the 20th anniversary of German Re-unification. I have been invited to a ‘Wildschwein’ lunch with Johanna, Jutta and Gerald. Later I am going to a concert of music by Brahms and Lutoslawski at the Philharmonie. A nice way to start the month! 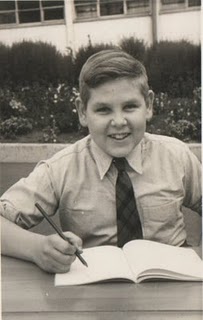 In October I have my usual morning visits to the Wellness Club for leg and back training, German lessons with Frau Fox and Frau Korn, and more teaching at the institute which will last until Christmas. Unfortunately the class coincides with my Senioren Computer Kurs each Wednesday afternoon so I shall re-join in January 2011.

The new season starts at the Komische Oper and the highlight is a new production of Wagner’s Die Meistersinger von Nürnberg. The premiere is sold out so I shall wait a few weeks and see a later performance when I have more chance of getting a seat. Other highlights are Verdi’s La Traviata and Donizetti’s Don Pasquale.

Who has a birthday in October? Nephew Andrew will be 33 on the 5th, a day he shares with Birgit B. in London. Nephew Warren will be 34 on the 12th, his mother Frances will be 64 on the 14th, Wolfgang will be 76 on the 16th, Marita will celebrate being 59 on the 21st, followed one day later by my neighbour who will be 92. Diane B. in Keighley will be 64 on the 27th and Tanja ends the month on the 31st with her 47th birthday. Happy Birthday each and all and have a wonderful day with family and friends.