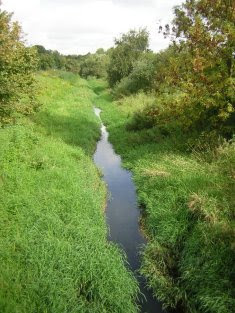 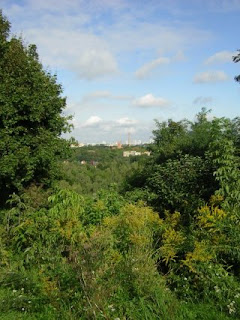 I have just returned from a very nice Sunday walk. A new group of ‘oldies’. The link was that of other oldies in other groups so I got a call and was asked if I wanted to joint the walk. I said. ‘Yes’ for it was almost in my ‘backyard’. 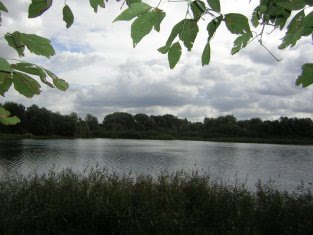 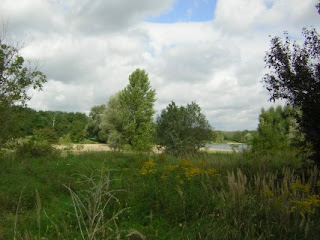 We met at Wühletal S-U Bahn station at 10.30 and I was surprised at how many oldies there were — and some had brought their dogs along for the fresh air. I have never been on a walk with so many oldies so after adjusting to this – and the dogs – I settled into the days walk. 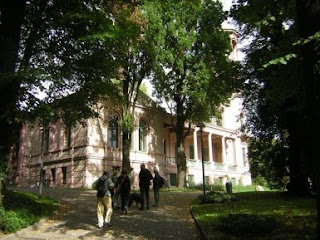 We climbed to the top of the ‘Biesdorfer Höhe. This looks like a big hill but it is not natural. At the end of the last war, the ruins were cleared and formed three ‘hills’ in different parts of Berlin.

Later earth was placed on the hill and trees and bushes. They grew so that sixty years later it looks like ‘Mother Nature’ had played a hand. Nope – it was ‘Father War’ and clearing up after! 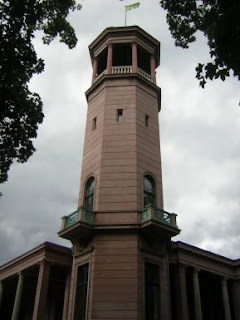 We then walked further and arrived at two small lakes I have never been to. The larger one is the Kaulsdorfer See and the other one … I have forgotten the name!

There we had a rest for a snack and drink while trying to fend off a family of swans which wanted to be fed and ‘hissed’ aggressively when they didn’t get any food.

It was bought in about 1880 by Mr Siemens. I think you will all know his name! He later went on to even larger houses and parks, and electronic things for which his name is now known worldwide.

From there we walked around the corner until we got to Biesdorf S-Bahn station and a place which was a mixture of Kneipe and Imbiss for beer and simple solid food.

A really nice day, and I was asked to join the group on the next walk to the north of Berlin towards the end of October. I think I shall!