Time to look into September and think about birthdays and other nice things. 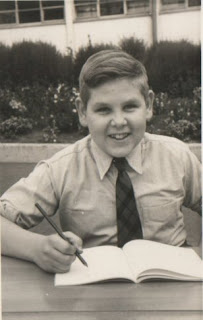 Lynne was 63 on the first of September and tomorrow, on the 6th, my god-daughter Charlotte will be 19. She has decided to study at Sussex University…..interesting for that is where her parents and I studied! Nevand will be 6 on the same day. Liebe Andrea will hit the big 25 on the 8th (Andrea – I still have the teabags from England for you 🙂  My nephew Stephen in Cambridge arrives at the very important 40 on the 22nd. Robert G. will be 32 here in Berlin on the 23rd with the lovely Sylvana making it to her 50th on the 25th, brother-in-law Lew will celebrate a secret ‘just over 60’ birthday in Cambridge on the 27th and my nephew Jefferson will reach 37 on the 29th of the month.  Happy birthday each and all!!!

Just a little thought: our liebe Birgit would have been 58 on the 30th September…. but she died too early just six years ago. I remember this day for it is the same day on which my father died in 2004 aged 92!

What am I doing in September? The usual back and leg sessions at my ‘Wellness Club’, teaching my private students including a pair who are returning after a long summer break, preparing a student at the Institute for a higher level exam, going to the opera and concerts at the Komische Oper in the new programme, having fun at Angelika’s birthday party next Saturday, continue my German lessons with Frau Fox and Frau Korn, go on a walk  along where the Berlin Wall was in the south of Berlin, go to a workshop about teaching methods at the end of the month and to a teachers late summer event in the Spreewald in the watery areas south-east of Berlin. Sounds like it could be fun!