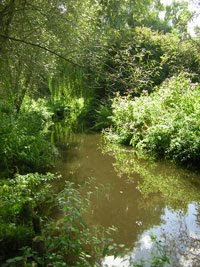 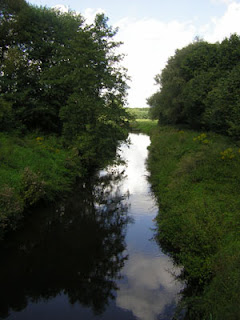 Just got back from a walk through Erpetal. Can I hear you ask where it is? It is an enclave of Berlin-Brandenburg nature that still pushes into the south-east of Berlin. On the map it is a green area north of the S-Bahn stations Hirschgarten and Friedrichshagen.


The weather was really nice today with warm sun and blue skies. So I got a call this morning asking me if I wanted to join a small gang of Oldies who decided to have a gallop through the woods and streams of the Erpetal ending at the Tunnel Cafes in Friedrichshagen. I immediately said, ‘Yes’. 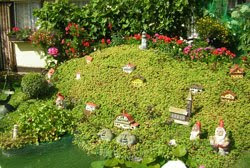 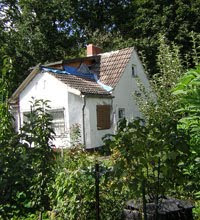 It was a really great day. I think you can see this in my photos. Our walk took us through a ‘garden colony’ where people have weekend/summer houses. One couple in the gang used to have a house there but sold it ten years ago when they could no longer look after it and the garden = aches and pains!

I couldn’t resist including a photo of part of a garden. The owners had constructed a ‘mini-world’ inhabited by ‘Gartenzwerge’. I’m not a great fan but I found this one funny for it seemed to be mocking the world of the garden-gnome!

The day ended at the Tunnel on Lake Mugglesee where hundreds of people were also enjoying a few beers and snacks in the late summer sun. Nice day and I hope you had one too!