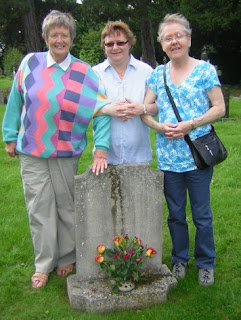 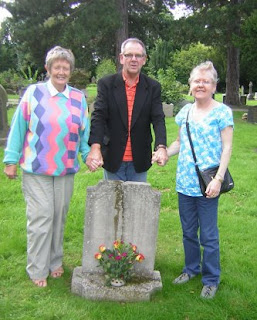 On the final Saturday of my stay I took the car back in the morning and then went to my bank. I had arranged an appointment and it was important for Geoff to be there.

There had been a lot of huffing and puffing about changing my account and this was the third appointment. 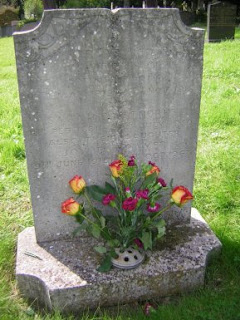 After lots of being nice and offered ‘real’ coffee, I discovered I could not do what I wanted. Why can’t they say that at once instead of three appointments over three week?

We returned to Silsden where I organised an im promptu visit to Ilkley with Fran, Barbara and Rachel.

Off we set in Barbara’s car and arrived at the family grave. We cleaned it up a but and put flowers there and talked about the people buried there – just as everyone would do in such a situation.

Later we went for tea and cakes in a cafe behind The grove. We couldn’t get into Betty’s Teashop because of the long queue. No matter, next time!

We had a really nice time together and I am glad that we found time to go to Ilkley.