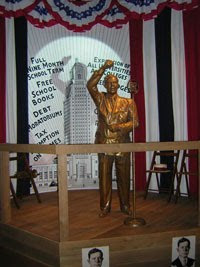 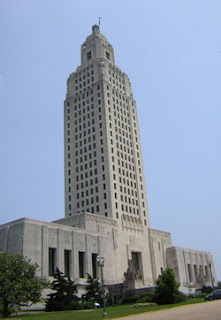 The ‘New State Capital Building’ has 34 floors and is still the highest State Capital building in the USA. It was the brain-child of Governor Huey P. Long and built in the early 1930’s.

The motives all show the ‘brave’ fighters for freedom in the style also used by Stalin and Hitler – but there are no natural images of the native indians or blacks who worked on the plantations. Mmmmmh…very interesting indeed! 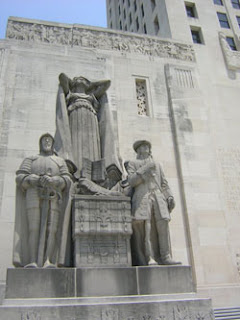 Volumes have been written about this ‘populist’ Democratic Party politician in books and  newspaper articles.  He promoted the cause of the poor against the rich and powerful in the state, particularly the oil and chemical companies who you can still see along the banks of the river. 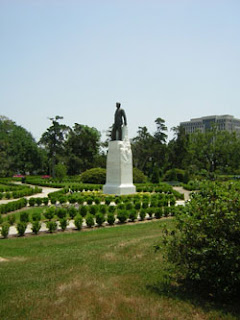 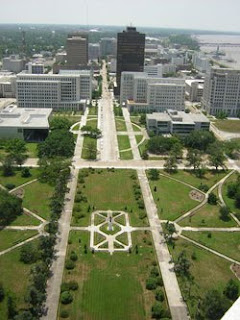 He was elected to the US Senate and rejected Roosevelt’s New Deal. He produced and promoted a more radical programme, including setting an upper limit on the wealth of the richest, and with stringent re-distrubution policies in favour of the rural and urban poor.

He was assassinated. No surprise really but it is still not know who was behind his murder. Some writers argue a connection to the method used in the assassination of John and Robert Kennedy thirty plus years later. You can research these arguments yourself. 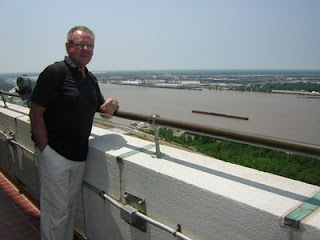 What I found interesting was the public demonstration of his activities as Governor and Senator, such as the memorial statue and garden in front of the capital building, and the many streets and parks still carrying his name. Interesting! 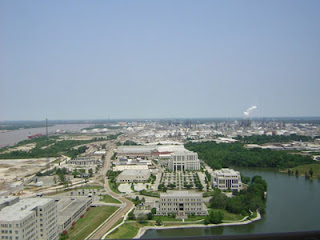 I went to the top of the building to see the city below and took some photographs. You can clearly see the petro-chemical plants along the river even in the state capital. I really enjoyed my time in Baton Rouge and could happily return to explore more of the city and its interesting history.