Nice life for some! 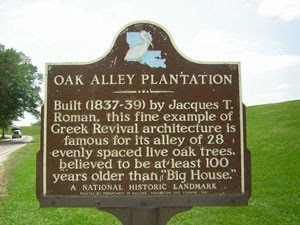 Here is a photo of me with a picture of New Orleans in the background showing the river with plantations marked on each side. This was in the ‘golden time’ from 1800 to 1850 when the world demand for sugar boomed and with it the number of plantations, and demand for slaves to work on the sugar plantations. 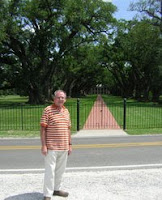 Most of the big plantation houses shown on the map no longer exist. Some were destroyed in the civil war, some burnt down, others fell apart from neglect but some survive to the east of New Orleans. 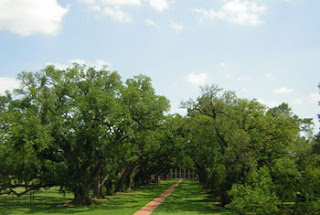 Move up-river from Kenner (where I cycled to) and from Gramercy to White Castle you find six houses that have survived. It is known locally as the Plantation Parade. Continue further north into Louisiana and you will see more plantation house. A few are in private hands but most are maintained by local historical societies or preservation foundations. 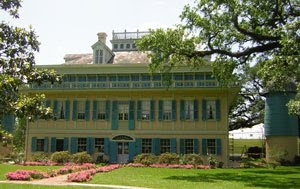 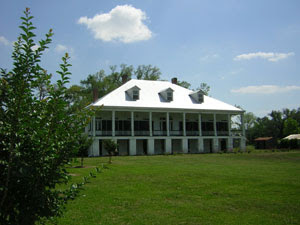 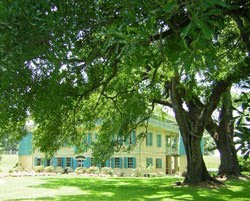 They are all ‘grand’ but perhaps the ‘jewel’ is still Oak Valley Plantation with its famous entrance through 28 oak trees. It is claimed to be the most photographed and often used as a backdrop for TV series or films.

It is owned by a foundation led by two sisters from the family who built it in 1839. You can even sleep there and dine in the restaurant. I didn’t ask the prices when I was there!

I don’t think the slaves who lived there had it quite so grand, but more about that in my next post about the Laura Plantation.