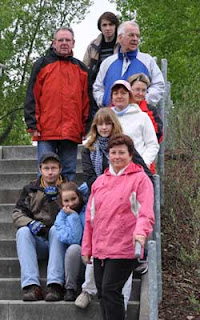 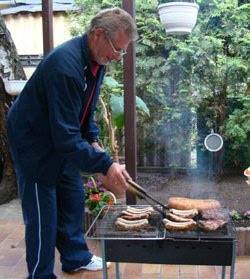 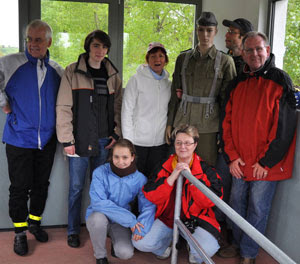 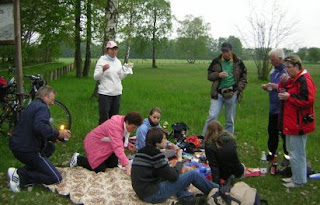 I met my old Muggelsee Gang and set off from Spandau, in the north-west of Berlin,  to enjoy the day. We were a mixed group of Germans, Russian speaking German immigrants, a young French man who is staying with some of the German members of the group to improve his German + me! 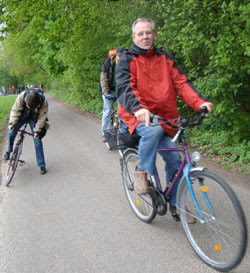 We ended the day at Waldemar and Nina’s big garden house on the Tegeler See where the grilling and drinking took place. I was there two years ago for a late summer meeting and reported the event on this blog….. you have forgotten haven’t you 😕 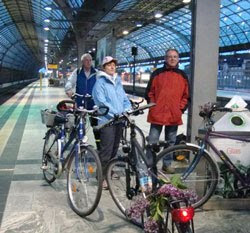 We meet two or three times a year and it is now 16 years since we first met at a training school at Berlin’s biggest lake called ‘Muggelsee’,  hence they are called my ‘Muggelsee Gang’. I was very tired after my delayed and late flight from the USA, but determined to take part in our traditional bicycle ride with a picnic and ending with the grilling ‘blow out’ in traditional style.

I think the photos speak for themselves so just enjoy the images of the group and what we did.