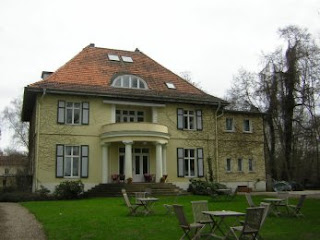 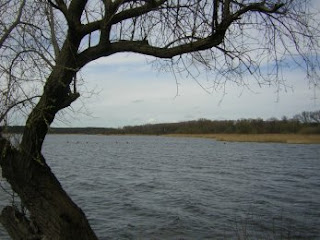 Just got back from a day’s excursion. It started with a call from Oldie Hermann. “Anything happening with Frau Boormann’s Wander Gruppe”, he asked. I replied, “Nix.” So he suggested a day out to a place called Gut Schloß Golm which is west of Potsdam.  He had seen a report about it in the local TV. “Okay,” I replied, “See you in an hour at Ostbahnhof.” And so the day started.

Quick gallop to the S-Bahn and then to the Regional Train and a few hours later we arrived in Potsdam and I had a much needed coffee before entering a local bus. The service is each hour so off we went on the next part of the adventure. We arrived in Alt-Golm and then looked around. About twenty houses and a lot of cows. Then we saw a small sign to ‘Schloß Golm’. 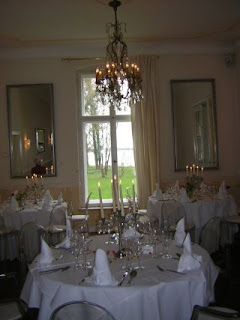 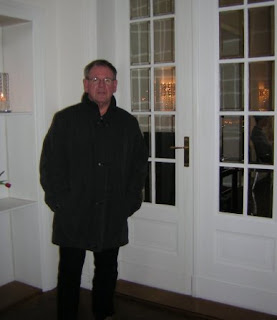 Off we set and walked down a long road through fields until we arrived at a sign for the Schloß. As directed, we turned right and arrived at a wonderful old Schloß facing a lake. We looked around the gardens and I climbed a small summer house to take some photos of the lake. We then entered the Schloß and what a surprise. Two dining rooms. The large one with the view to the lake was empty but our hosts quickly lit the candles and brought us to a suitable table.

We ordered Zanderfilet from the local river called The Havel, served with champagne-lemon sauce on a bed of white-kohl and potatoes. We ordered a dry Riesling to accompany this delight. When it arrived it looked like art on a plate and tasted even better. The idea of putting together this fish with white-kohl most people would think was a kind of madness. But, the champagne-lemon sauce was the brilliant discovery that binded the two. Mmmmh….what a taste. As you enter the Schloß you can see all the awards they have won for their dishes, and when you taste them you know why.

One of the two owners, Svetlana, Friefrau von dem Bottlenberg (that is an old aristocratic title for those who don’t know the pre-1919 German system) came to our table to make sure everything was okay and so we got into conversation. As a result she gave us a booklet about the Schloß to read and free glasses of Champagne. Very nice!

What a wonderful Easter Sunday 2010. What did you do today?