I told you earlier that I was going to the second concert of this season at the Komische Oper, which is my ‘regular’ opera and concert hall. Like some of you have a regular pub I have this building as my regular for music and drama.  It was a wonderful evening and I learnt even more about modern classical music. I was one of a very curious public for the opera house was at least three quarters full.

It started with the gentle sounds of the Gamalan Ensemble Arun Sih (a guest ensemble from Bremen) playing as Das Publikum entered the opera house and found their seats. There was a lot of talking as the music played and I picked up pleasant surprise at being greeted to their seats in such a musical way. When 8.00pm struck the conductor acted as interviewer with members of the ensemble and got them to explain what they were going to play and what it meant – musically! 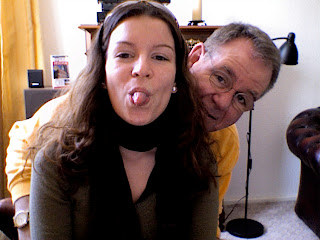 After this ‘Starter’ we entered the main music of the evening.  This was made up of 4 pieces by the late American composer Lou Harrison, who worked on fusing western classic musical traditions and styles with the Javanese sounds you hear in Gamalon music, with its interesting repetitive percussion beats.  We started this exploration with ‘ Bubaran Robert for Gamelan-Ensemble and Trumpet’, followed by ‘ Five sections from Solstice for Flute, Oboe, Two Violas. Double Bass. Trumpet, “Nagelklavier” and Celesta’. We then enjoyed Harrisons’s ‘Suite fir Violin, Piano and Small Orchestra’. The audience really listened to these small delicate works before heading for a break.

The second half was Harrison’s Piano Concerto followed by the full orchestra in Maurice Ravel’s Daphnis et Chloe, Suite Nr. 2 (1913). I have heard this piece many times but I listened to it with completely new ears and understanding as we learnt that Ravel had heard Gamelan music-percussion sounds at an exhibition in Paris and in this piece he introduced these sounds into the texture of the music. You could clearly hear it once you had been prepared to listen for the sounds in a concert like this one. Delightful – and I left the concert hall smiling and happy that I had learnt something new about a piece of music I thought I knew. 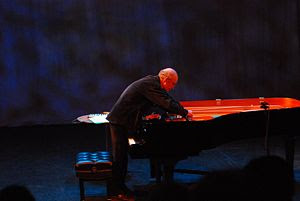 Final note: I wrote “Nagelklavier’ above and wondered what this could be. I had heard it and didn’t need to know what it had to mean – but once I started to write this text I wondered what it meant in English. If you translate it word for word you end up with rubbish like ‘ nail-piano’ which I knew really was ‘Dinglish’! I finally found it via Google after I had entered my own translation as ‘ Prepared Piano’ which I knew from the music of John Cage.

Sure enough, Google took me to Wiki and to John Cage who is credited with inventing this name although the practice pre-dates him by many years. It means you prepare a piano by placing objects between or on the strings or on the hammers or dampers. I studied music/piano until I was 16 so I know what this all means :-)) It actually goes back to the Harpsichord of the 17th/18th century. This manipulation and something called a ‘Tack Piano’  (used by Lou Harrison) produces a more percussive sound and a brighter timbre, which fits with attempts to fuse modern classical and Gamelan sounds.

So there you have the story and now we have a photo of Christian Wollf preparing a piano for performance in February 2007. Unfortunately I missed it but I shall be there for the next one. See you there.