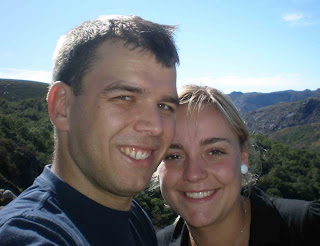 Endlich etwas aus Oviedo von Jan zu lesen.  At last news from Jan in Ovieda. He wrote a round robin e-mail in German to all his friends,  then one in English with almost the same news in it. I got both. Nice to be honoured.  He included some nice photographs.

He ended his German report with the following words to explain why he had sent us his new telephone number. ” Außerdem bin ich nicht so der Freund des geschrieben Wortes.” That must be the understatement of the year, mein lieber Jan! That has a special meaning for me – oder? At least he is using das Genitiv in his German. Nice!

He later forwarded a photo of his old football club in Rhode Island. They had contacted him and so he forwarded it to me. Nice memory of seeing him play with the team on my first Sunday in Rhode Island. His team won then. I hope they are still winning. 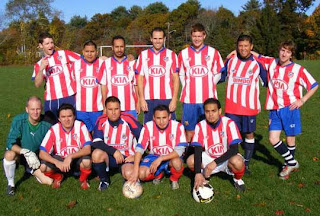 He wrote that both he and Arancha are well and happy to be living in her parent’s old flat in Orviedo. He is busy learning Spanish each day and struggling to learn the grammar and has been offered jobs but in exciting places in Africa.

Of course he turned them down for he wants to be in Spain with Arancha, which we can all understand. He is optimistic that it is only a matter of time before he gets the right offer, and I agree with him.  Watch this space for more news!