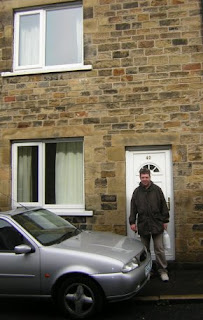 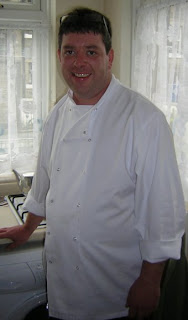 Fran and Geoff have two sons and the younger is Warren. We celebrated his 33rd birthday just before I returned to Berlin. I saw his new house, used his internet link and he acted as my chauffeur on a number of days out.

He is very busy with some new jobs, meeting friends and catching up on the latest about computers from Alex, with whom  I also had an informative chat. Thanks for all you help Warren!

Now a couple of photos of him in front of the new house with his cark parked upfront. The other is of him posing in his outfit just after he had returned from work.