Nice time with A and K 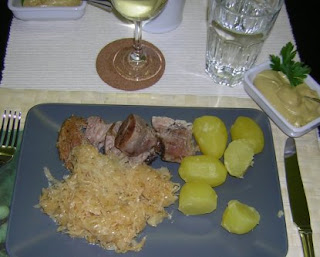 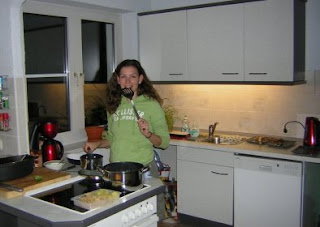 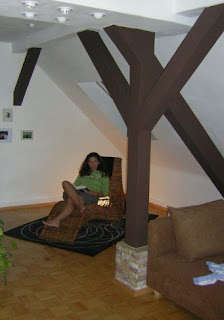 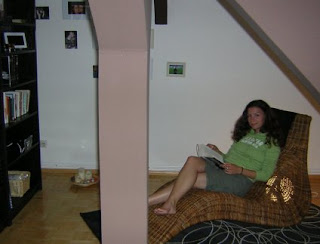 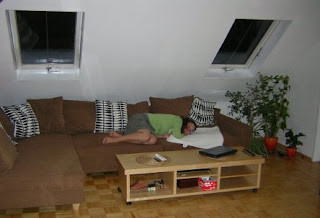 I had a really nice evening with A and K

That was last night and as I was working on these photos today I discovered the Ottawa photos I have just posted ‘hidden’ on my digital memory.

Andrea and Ken recently moved to a new flat and I was invited to a kind of ‘flat-warming meal’ – and just for me! I liked the flat as soon as I entered. It was built about the same time as mine but is in the north of the district where I live. The rooms are on two floors so they have lots of space and a nice big shared garden at the back. I want to live there!

I arrived from teaching at the Institute so was a bit tired, but it was like suddenly waking up into a new world. First Andrea gave me lots of water to drink (thanks – I needed it for I don’t drink enough water when I am teaching and only notice this later!) then took me on a tour as Ken finished off cooking the meal. I want a study like they have but didn’t take a photo because it is still under re-construction. They have a balcony and a hobby room and two bathrooms!! It’s true. One on each floor and I mean fully furnished bathrooms!

The dining room and kitchen are on the lower floor with a large ‘L’ shaped living room and the main bedroom above. including Andrea’s little corner with her books and music and relaxing chair. You can see her relaxing in the photos. I really enjoyed the atmosphere, feeling at ease as soon as I entered, the very tasty meal, wine and intelligent conversation which ranged over many topics. I wish them both well and am happy they have found such a relaxing place to live in.