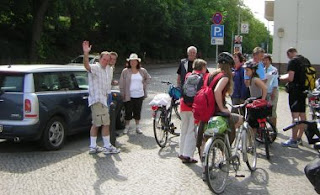 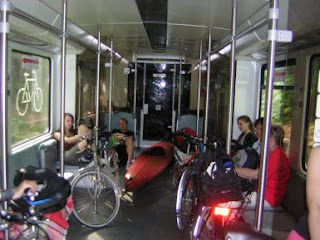 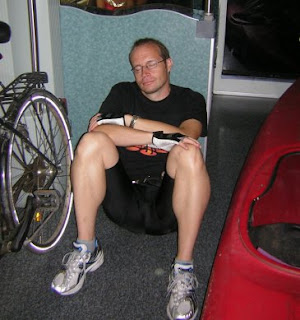 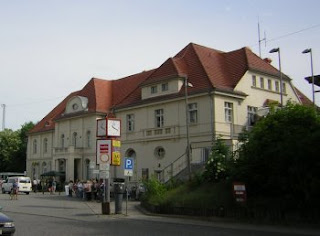 Yesterday, 21st May, was a public holiday called Herren Tag in Germany and Austria. It was also my cousin Barbara’s birthday this year so I hope she had as much fun as I did. This year I did not got to Strausberg in the east of Berlin but joined my Mugglesee Gang on a day out.

I met this ‘gang’ when I took my second teaching contract in Berlin many years ago. We have always kept in contact and so I was happy to join them for a cycle tour and picnic. Our goal was the north-west of Berlin to a town called Oranienburg. It is famous for its mansion/Schloss/palace built for a princess from Orange in the Netherlands who married a Prussian King. It is also famous for its garden which attracts many thousands of people each year.

The tour was organised by Waldemar and Nina, so thanks to them for their work. My first photograph was in the S-Bahn when we were on the way to meet the rest of the gang. We arrived a Oraniengurg station so took a pic to show the style of architecture of the town and the people gathering there for the holiday. We met Larrisa’s husband who had driven her there in their new Mini Clubman. You can see this meeting in a pic. I also took a couple of pics of the Schloss as we started our journey. Our end station was was the town of Bernau where I used to work!