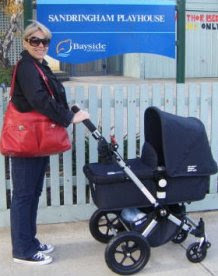 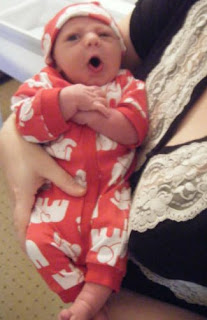 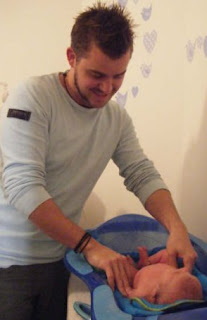 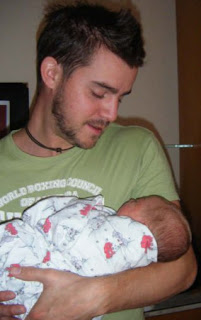 Another Bateson joined the gang

Yes, Jake Bateson popped into the world just before my birthday but in Melbourne – the capital city of the State of Victoria, Australia. Rebecca, his mother, did all the work but was assisted by ‘Vadda’ Peter by hand holding and brow mopping.

Peter said Jake had the Bateson nose and legs. I don’t know what he means by the nose but the legs are famous for not being quite straight. In Silsden many years ago we said that such a person ‘couldn’t stop a pig in a ginnel’. Welcome Jake – I think you will become a famous athlete with those legs!

Grandparents Alan and Lynne in Castleford forwarded the first news and pics followed by some direct from ‘Vadda’ Peter once he had got over the shock of being a father. Jake is their first child. Congratulations to all, but of course Rebecca deserves the big red rose.