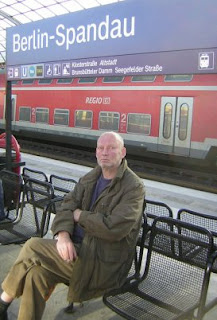 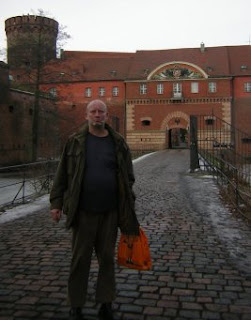 I discovered that Hans had never been to Spandau. Why is that a surprise? Because it is nearly 20 years since the Berlin Wall came down and Spandau is in the north of the old west-Berlin. Hans lived in the old east-Berlin in a south east district of the city. It was time for him to see a bit more of the city he has lived in for over half his life.

We agreed to meet at Alexander Platz S-Bahn station so that meant I didn’t go to his place to check that he had showered and cleaned his room. He arrived with a grey three day beard and at least a three day ‘aroma’ from not washing combined with the smell of stale cigarette smoke. The rule is that in such a situation I have to take him back to the home, but this time I decided to continue to Spandau – but keep a fresh air distance!

I took these shots of him arriving at the Citadel. I decided to take photos to send to his sister so she could share the day with him. The Citadel was built on the ruins of an old fort built by the original Slavic inhabitants of the area. A lot of place names in and around Berlin still show this history. In case you don’t know, all of the east of Germany settled by German tribes from eight hundred years ago was on land already settled by Slavic groups. We went into the museum where there is evidence of this and then wandered around the old fortification. 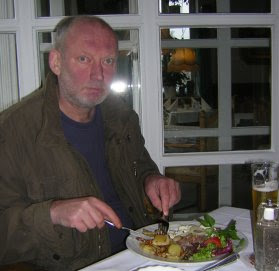 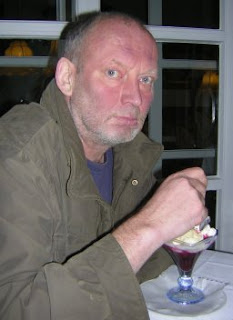 Later we went to the city centre where we found a restaurant with traditional Berlin food. He likes that. We later walked through the market area and arrived back at the rail station. He seemed to have enjoyed it and we did spend most of the day seeing the sights. It is really nice in summer so perhaps we shall return then.