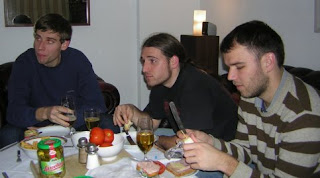 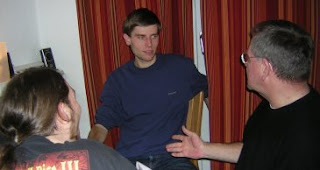 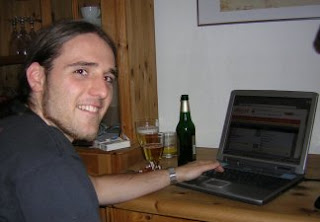 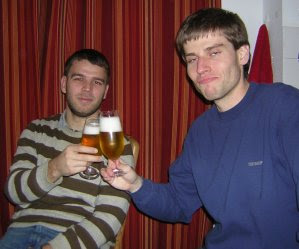 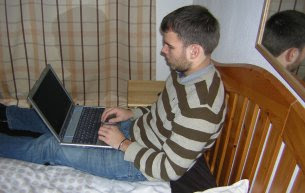 Jan came to see me yesterday

It was his Christmas visit, which means he will be spending the next couple of days with his ma and sister, plus Daniel, before he flies to Spain to spend a week with Arancha. He will return to Berlin for two days and I hope to see him before he flies back to the USA.

It was really nice to see him in person, but he looked really tired. I think we can see it in some of the photos. He had been to a few late night events and so lacked sleep. I hope he was able to catch up last night for we didn’t make it a late session.

I got a nice surprise when Peter von Longlegs arrived followed by Christian (Itzak). Steffan called to say he couldn’t make it for he was going to see the new James Bond film with his ladyfriend – Melanie. I liked it, as you know, but Jan did not! Pity he could not be there but we understood his position and I hope he enjoyed the film 🙂

We needed Christian for I had asked Jan and then Peter to help me change the operating system in my laptop. I had loaned this to Daniel but he had bought a new one so I got it back last Thursday and decided to instal my old copy of XP. We had a problem to get it onto my WLAN and so Christian helped us just in time. He is an expert in such things – as well as understanding Einstein’s maths and physics!!

I took a shot of Jan looking into the laptop which he found next to my bed, then with Pete and finally with Christian – he is the one with the long hair. Jan decided to watch an old James Bond on TV while checking some thing on my desktop = typical Jan, doing at least two things together. We then had supper and watched the end of the film. Later, they left and Peter made sure that Jan got home and had a relatively early night.

It was a very special evening and I marvelled at how these young men had developed and were able to do so many academic things as well as their range of language skills. It was the first time in nearly three years since they were together at my place. I look forward to the next visit and hope Stefan will be there then.