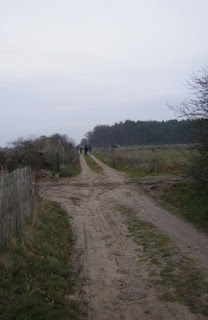 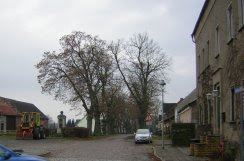 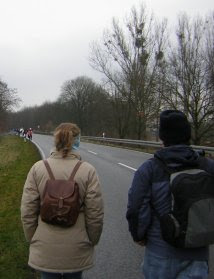 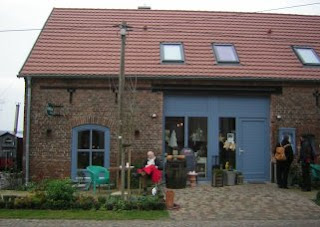 I walked around Blankensee

The month started with standing in for ill teachers, and new 1:1 teaching at the Ku-damn Institute in addition to my other things and the weather got colder. I decided to go on a walking tour around Blankensee, which is a lake south of Berlin and now famous as a nature reserve for migrating swans and geese.

I called Oldie Hermann and he decided to come along. We met at the still new looking main railway station in Berlin and there met others, mainly Oldies, for a day of movement. We piled into the train and 45 minutes later arrived at our destination to be met by our host dressed as Santa Claus! Nice start to the day.

Cars ferried us to the village and the famous winter market which was only open that weekend. We started at a steady pace led by Santa Claus and headed south. You are not allowed near the side of the lake because of it being a nature reserve but the countryside around was nice so we didn’t mind too much.

After walking for what seemed like ages, we arrived at a village where we had lunch. You can see a photo of the restaurant with someone sitting outside. It served delicious food and much cheaper than in Berlin. Fortunately I had two pairs of socks on and my thick winter boots so I had no problem with walking and through woods and fields – Hermann was not so well prepared and ended up with blisters!

We stopped near the village in the early dark of the evening at the only part of the lake accessible to walkers and there we had hot spicy wine and meat balls as we watched flocks of birds returning to the water. A memorable break from walking. We then went to the village and had a nice hour at the Christmas Fair seeing all the stalls, eating more tasty snacks, more drinks and listening to the village brass band playing seasonal tunes.

I have very happy memories of this day and discovered this group goes there each year. I plan to join in again in 2009.