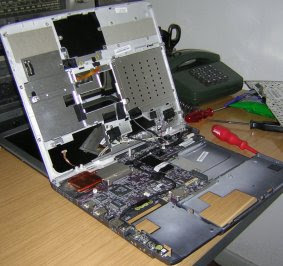 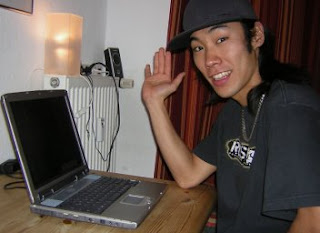 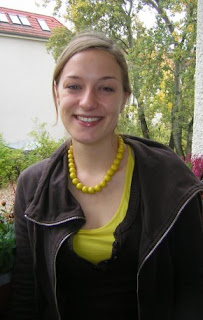 I had an unexpected meeting on Sunday

I expected to meet Daniel on Sunday afternoon for a Spanish lesson and had the bonus of meeting Kati. Here is a photo of her on my balcony. Who is Kati I can hear you asking?

Kati is a good friend of Daniel. They met on a Spanish beach last summer. She was studying in Barcelona and speaks very good Spanish. They visited before she went back to uni at Leipzig. We got on immediately and from starting in German we ended up in English and a bit of Spanish. Daniel just looked on and smiled! He later said my pronunciation was getting better.

He also brought my new-old laptop for there were problems with the monitor. Here is a pic of Daniel catching up on his e-mails before I took it to be checked today. I took it to the place where I have my Thursday Photoshop course. Thomas is a technician there and agreed to check it.

Here is a nice photo of the laptop showing all its secret insides! We had quite a session and discovered that the problem was a loose connection of a cable carrying the image information to the monitor. The solution was sticky tape and some old sweet papers stuffed into the hole to stop it from moving around. Very high tech – and so far it has worked!